ESO 2019: Elsweyr Prologue Will Be Playable On March 25th For All Platforms

ESO 2019: Elsweyr Prologue Will Be Playable On March 25th For All Platforms 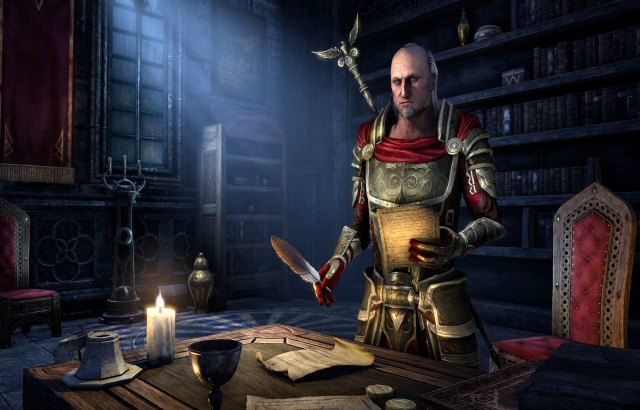 It has been two months since ESO announced its Season of the Dragon. This year in 2019, players will be making their way to the home of the Khajiit race in Elsweyr. As we are only a few months out from the new Chapter in the summer, Zenimax Online Studios dropped some good news this week. The Elsweyr Chapter prologue quest will be playable on March 25th for players on all platforms.

The prologue quests ties up the stories in the Wrathstone DLC and shows how the tablet ends up with Abnur Tharn. For those that don’t know, Tharn is a key character that has been in ESO since the very beginning. A flawed Imperial mage, Tharn wants to see an end to the Three Banners War. The fighting between the factions he feels, isn’t doing the realm any good. To that end, he takes matters into his own hands. Hiring relic hunters to find the Wrathstone Tablet, he feels this is a powerful weapon. It should be used to bargain for peace among the three leaders of Tamriel.

That’s where your story begins in this season of ESO. The Wrathstone DLC came out last month and if you’ve played it, you know the relic hunts were a success. The prologue quest later this month will fill in more of what happens next. And you can bet your Crowns that it’ll involve Dragons.