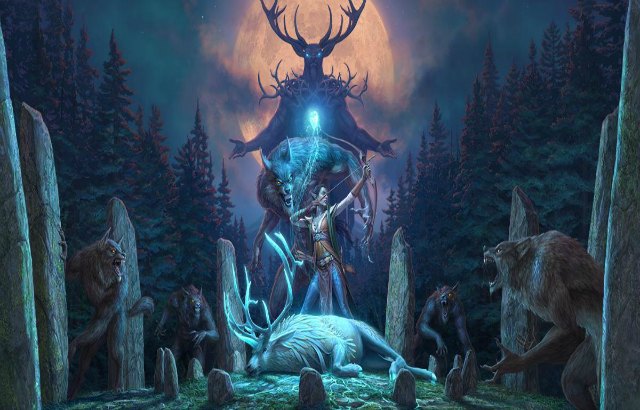 The Elder Scrolls Online’s upcoming dungeon DLC Wolfhunter finally has a release date. The DLC will drop on August 13th for PC players. Console players will get to play the DLC on August 28th. While the individual price of the DLC in Crowns is yet to be known, the update will be free for ESO Plus members.

Wolfhunter features two brand new dungeons, featuring lore and story of werewolves. Players will vanquish a mightly werewolf lord when assaulting the Moon Hunter Keep. In the second dungeon Hunting Grounds, players must compete with fierce Hircine worshipers in the March of Sacrifices to win the favor of the Daedric Prince.

In addition, the new update will introduce fancy new Outfits, Costumes, Momentos and Housing locations. Expect to see the Hunter’s Glade in Oblivious itself, which should be pretty popular with Elder Scrolls fans.

Finally for gear enthusiasts, you will be happy to know that you can unlock exclusive new item sets. The new stat bonuses will be helpful for the future. There’s also new Achievements, monster masks and more goodies to collect. All in all, Wolfhunter will add more content to ESO’s already excellent range of DLC packs.