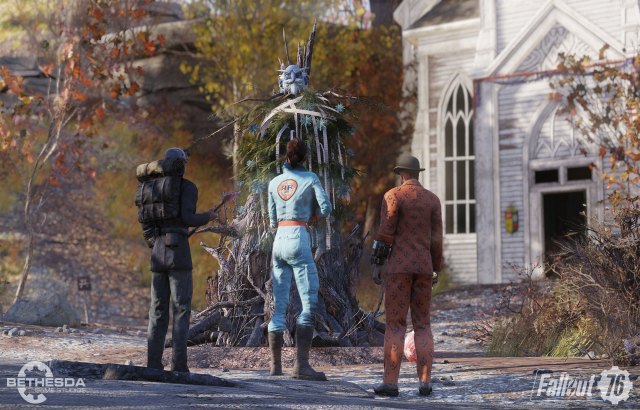 Bethesda talked plenty about its online Fallout multiplayer game, Fallout 76 at E3 this year. The game has plenty of content additions and changes which should make players happy, and even the ones that abandoned it a little curious about returning.

Firstly, all players can play Fallout 76 this week for free, until June 17th. This is the perfect time to jump in and experience Wild Appalachia. Fallout 76 has received a steady stream of content updates, balance changes, hot fixes and more in the months since launch. To take part in the Fallout 76 Free Trial Week, you’ll need to have either the Bethesda.net launcher, an Xbox One Gold membership, or PS+ for the PlayStation 4. Since it includes the full game, you’ll just need to locate the game in the store on your platform of choice and download it. If you decide you want to purchase the full game after the Free Trial Week has ended, all your save data will carry over.

As far as content goes, get this. Fallout 76 has a new battle royale mode called Nuclear Winter. Nuclear Winter is an all-new 52-player PvP Battle Royale mode, free for Fallout 76 players. Nukes have set the world ablaze and the battle to claim your spot as Overseer of Vault 51 has begun – will you be the last one standing or be consumed by the ring of fire? Rank up, unlock exclusive perks and build your C.A.M.P. to weather the storm in true Fallout fashion. Scavenge for weapons, supplies, and nukes to take on other players and creatures and earn unique cosmetic rewards.

Besides that, NPC companions are also coming to Fallout 76, to address a major complaint about the game since launch. Their return includes multiple dialogue options during interactions. Players can also romance them if they wish, but they will not follow you around in your adventures.