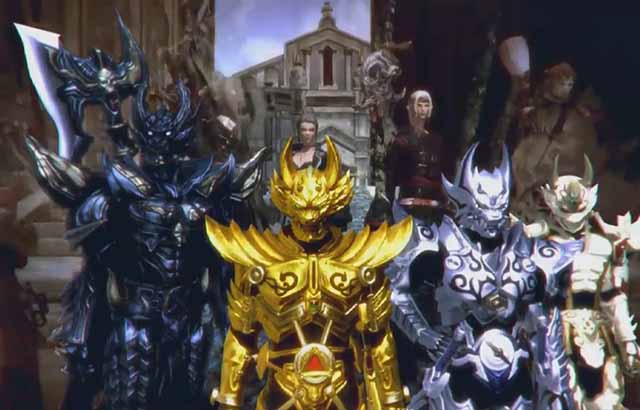 The Final Fantasy XIV team announced over the weekend that a brand new crossover event will be coming with the 3.5 Patch. The upcoming update will contain some collaborated efforts of the FFXIV team and the creators of the anime, GARO. A blog post detailing the upcoming additions has been released by the developers on the official website.

It’s been confirmed that the new GARO items will be added as PvP equipment and will include weapons and armor. Players will be able to purchase the items at the Wolves’ Den Pier where a NPC will be selling them. Exclusive GARO mounts are also coming to the game but the team haven’t revealed how to obtain these. They did announce that finding these mounts had nothing to do with obtaining a high kill count in the PvP. In the GARO anime, the protagonist needs to slay 100 demons so it’s possible there could be an easter egg for this somewhere.

It looks as though the crossover event is entirely PvP focused which is bound to disappoint some players. Patch 3.5 however, is aiming to improve different sections of the game.

The Far Edge of Fate is focused around improving various aspects of the game. It includes some changes to the chat systems in some PvP modes. The Feast and The Fold no longer have an active chat system, they will both be using a Quick Chat System instead. There are 22 different phrases and words for players to use to communicate with.

This change comes with a variety of other minor changes that allow groups of players to pose for pictures, adjust camera angles and effects and even loop certain emotes. The full details on the upcoming patch are available on he official website here.

An official release date for this patch has not been provided just yet. Final Fantasy players should expect to see it being released later this month.