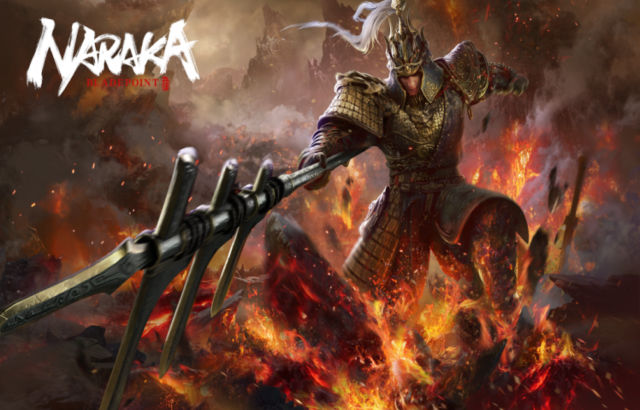 24 Entertainment has announced that NARAKA: BLADEPOINT has sold over 6 million copies worldwide. The new title was featured in the Steam top seller list for weeks and has received great positive feedback from top tier press around the world. The cherry on top was the nomination for The Golden Joystick awards 2021 in the “Best Multiplayer Game” category.

24 Entertainment are proud to announce the release of the new hero – Yueshan. This new hero is based on Chinese history during the warring states period. Dressed in lamellar armour – Yueshan is ready to dominate Morus Island and terrorise his opponents.

Shoulder charge at your opponents to get in close, and knock them from their feet to get the first hit in. Yueshan’s ultimate ability turns him into a ferocious Terracota warrior, wielding a massive halbert – and cutting down any enemy that dares to cross him.

Last but not least,  24 Entertainment is working with the Art Museum of Chinese Ancient weapons to restore a historic dagger. This dagger will be remade in-game and gifted to all the players as a thank you for their continued support. The Equestrian Blade is one major exhibit of the Pingyao Wentaofang Ancient Weapon Museum. The short sword with a horse head handle can be traced back to the Western Zhou Dynasty. Its distinctive nomadic characteristics indicate the close relationship between the Central Plains and the Northwest. Given to those heroes of great cultivation upon Morus Isle!