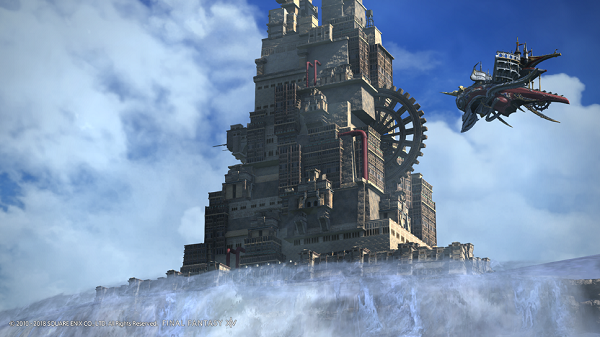 The eagerly awaited next chapter of the Ivalice 24-man alliance raid series is set to arrive in FINAL FANTASY® XIV Online late this May when Patch 4.3 goes live. Titled Under the Moonlight, Patch 4.3 brings a wealth of new content to the critically acclaimed MMO and continues the thrilling story of the Stormblood® expansion.

Adventurers will also be able to explore a new dungeon, take on new trials, and can level up their crafting and gathering skills by accepting the new Namazu beast tribe quests. Details on the main contents of this patch are revealed below:

Additionally, alongside the contents of Patch 4.3, SQUARE ENIX ® showed a first look at the outline of the FINAL FANTASY XIV Online Companion mobile app currently in development. All players that download the app will be able to enjoy benefits such as the following:

An optional, Premium Plan is also available, which unlocks the following features for a monthly fee:

Details of the app release date will be shared as they are confirmed.