Halloween In Crossout Has Already Begun

Halloween In Crossout Has Already Begun 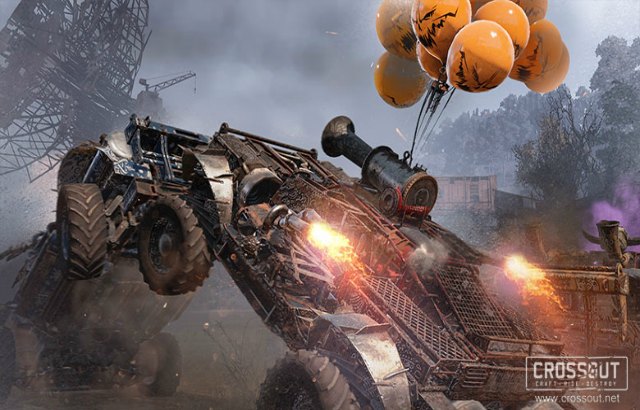 Targem Games and Gaijin Entertainment are celebrating Halloween in the post-apocalyptic online action game Crossout. From October 16th until November 1st, players can craft unique decorative items for their Crossout vehicles by collecting “Tricky treats” through in-game tasks. Items like a crazy exhaust and the hearse horn will not only instill fear in the enemy’s hearts, but also increase the amount of experience a player earns while using his vehicle in battle.

The first mission that offers “Tricky treats” as a reward is the “Witch Hunt” brawl, where players scramble to take possession of a garland of creepy balloons. Once attached to their vehicle, they become the “Witch” the other players are after, and need to remain in control of the garland for as long as possible. With everyone sporting the same, specifically designed vehicle without weapons, capturing the garland is done through driving skills alone, by ramming the current owner. The map where the event takes place offers plenty of room for ambushes from every possible angle, and only the best will manage to keep the garland long enough to achieve victory.

Those that rather prefer to solve problems with the help of a trusty gun or cannon head for the PvP mission “Trick or Treat!”, where it’s all about converting cars to scrap metal. Those survivors that can trash the most enemies will receive the most “Tricky treats” as a reward after the match.

And no one can ever have enough “Tricky treats”! There are 23 decorative items, unique colors and stickers for vehicles available for the sought after dangerous treats in the Halloween shop. Players can proudly mount their hard-earned Halloween items on their vehicle and show them off in battle, or grab some serious coin by selling them to other players on the in-game market.

More information about the Halloween event in Crossout is available on the game’s official website: https://crossout.net/en/news/692/current/#/