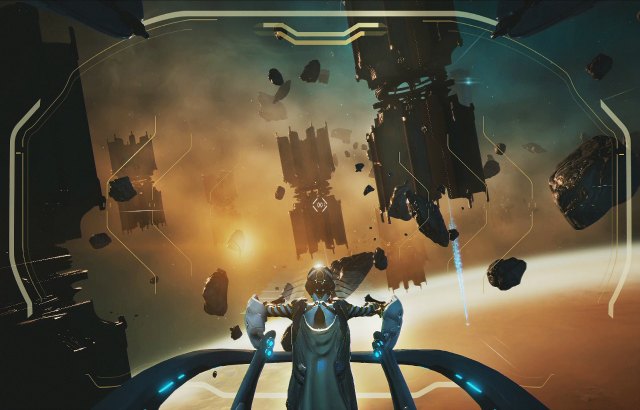 Warframe is going to be unleashing its next open world expansion for the game this year. Fortuna will be a sweeping open world expansion featuring dynamic new features. This includes seamless space gameplay for tactical ship-t0-ship battles. The announcement comes from Tennocon this past weekend, where Digital Extremes revealed that a Nintendo Switch version is coming as well.

Bursting with an imaginative terrain and science fiction aesthetic, Fortuna is introduced with a whimsically synchronized musical video guaranteed to surprise and delight! The Venusian landscape packs exciting new gameplay experiences with the introduction of a new faction and lore – the Solaris United faction and its struggle against their Corpus overlords – and an expanded level of vertical gameplay.

Starting from the underground Colony of Fortuna where players pick up bounties and missions, Tenno (players’ in-game name) will ascend to the surface of The Orb Vallis to view an exotic new terrain blanketed with Orokin structures, towering mushroom stands, and oceanic flora. Tenno will be able to traverse the landscape more quickly with the Bondi K-Drive, a single-player hoverboard that nimbly jets across the landscape at the touch of a controller.

We cannot wait to see what else Digital Extremes have in store for the game.