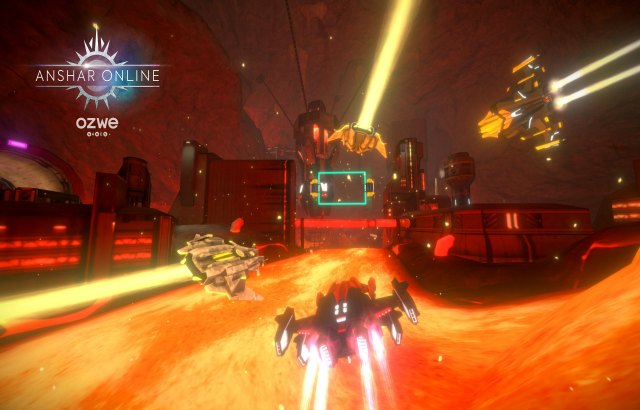 Ever played a proper, space fighter VR MMO game? Neither have we. Today, OZWE Games has announced hat Anshar Online, the first VR MMO of its kind has been released. The game is now available on all Oculus platforms.

What is Anshar Online? It is a virtual reality space shooter, feature dog fights, co-op modes and more that takes place in space. If you are a proud owner of Samsung VR Gear, Oculus Rift or the Oculus Go, you can give it a shot. Below are some key features about Anshar Online:

Anshar Online’s developers have boosted the social aspect of the game. Anshar Online offers robust multiplayer gameplay including up to 8 players in PvP deathmatch mode, and up to 5 players can team up for co-op missions and contracts or battle each other in a race.

Anshar Online includes three ship classes : fighter, tank or engineer. Each player starts out as a fighter, while other ships can be purchased using in-game credits that players can obtain in regular gameplay. Each ship serves a specific purpose and has its own set of primary weapons and secondary weapons that have its functionality and abilities.

All ship classes have a set of options to battle through various missions, or to take on other players in PvP battles and races. The ships can be customized by mounting looted equipment, unlocking multiple specialization up- grades, or by selecting unique abilities.

Anshar Online introduces a new collection of abilities and stats that allows players to create their in-game identity. Each ship comes with a standard skin and a set of additional skins which can be purchased in exchange for in- game resources. And no matter what skin gamers use, their primary weapon visuals and ship’s trails change in relation to the level they have achieved in-game, allowing other players to determine their status quickly.