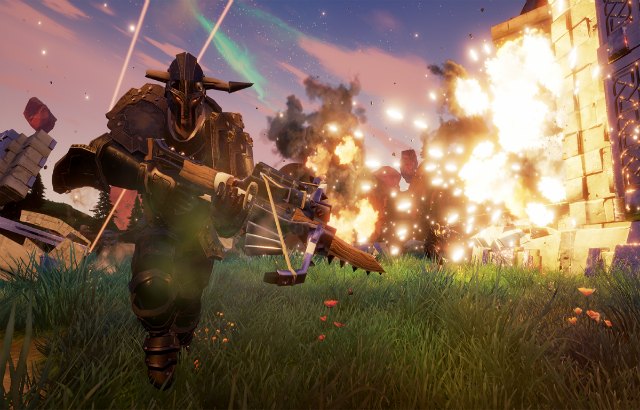 Brace yourselves for Rend everyone. Frostkeep Studios are brand new developers formed by former World of Warcraft developers. This week, we hear that their debut project is a faction-based survival game called Rend.

This isn’t your customary survival game either. So try and banish the thought of Ark:Survival Evolved or Conan Exiles. In Rend, players join one of three factions that in it for domination and survival. The setting takes place on a world that is dominated by hordes of demons called the Lost Ones.

Upon selecting a faction, players must now build bases to defend themselves and their faction from these demons. This can be done done through several progression mechanics we expect in survival games. There’s crafting, harvesting and more to do in this semi-open world game.

The catch is, it’s not just the demons that you’ll be up against. Other players who have joined the two other factions different from yours are also the enemy. Each faction’s ultimate goal is to work towards winning the race for survival, but there are no details on the meta objectives yet.

I’m guessing that server games will take place over ‘seasons’, where winners are declared based on how much is accomplished over a period of time. What is interesting is that all factions can come out as losers too. I find the concept to be pretty intriguing even at this early stage.

Rend sounds a lot like a PVP based survival MMO and that’s fine. Based on the information and screenshots from the website, it does look and feel great too. There’s medieval undertones mixed with steampunk, considering you can use hand guns and other modern weapons.

Let’s wait and see what more details will be coming out. In the mean time, let us know your thoughts!