Fractured: Is This Sandbox MMO Worth Backing?

Fractured: Is This Sandbox MMO Worth Backing? 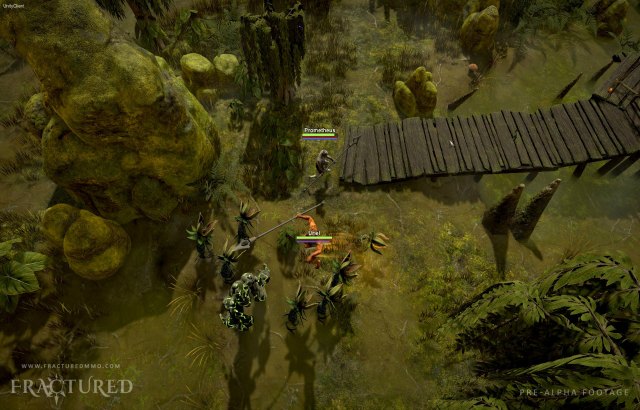 Fractured is a sandbox MMORPG in development from Dynamight Studios, that promises to offer a more Dynamic MMO experience, where at launch, you won’t see traditional grinds, levels and cookie cutter progression. In Fractured, the game wants to be influenced by the actions of the player across all gameplay design aspects like combat, environment, economy, township NPCs, civilization and more. With the 2021 Spring Alpha launching at the end of the month, here’s some early impressions for those who are interested.

You’ll start things off by creating a character, and the most important choice here is your background. The choice of background determines the starting point for players, but it doesn’t affect the future development of your character. In the alpha you can pick from a pool of pre-determined starting abilities classified appropriately, like the Gladiator for melee skills and high strength attributes, plus relevant gear and equipment. Arcanists deal with magic but have less protection and so on and on, but keep in mind, Fractured doesn’t lock you into a certain class archetype, as you’re free to explore different styles of play and build your ideal class and skills.

Upon entering the Alpha world of Fractured, it was time for me to pick a direction and follow it blindly to see some of these early systems and mechanics in-play. Right now, testing is taking place in one huge continent and more land will be available to explore at release, which sounds great because even now, there’s so much ground to cover. The landscape is littered with plants and resources that can be harvested and you’ll want to do so because it’s important. Discovering a plant, resource or engaging and defeating wildlife for the first time, will create a new entry in your character’s Book of Knowledge, and it also earns you Knowledge Points. 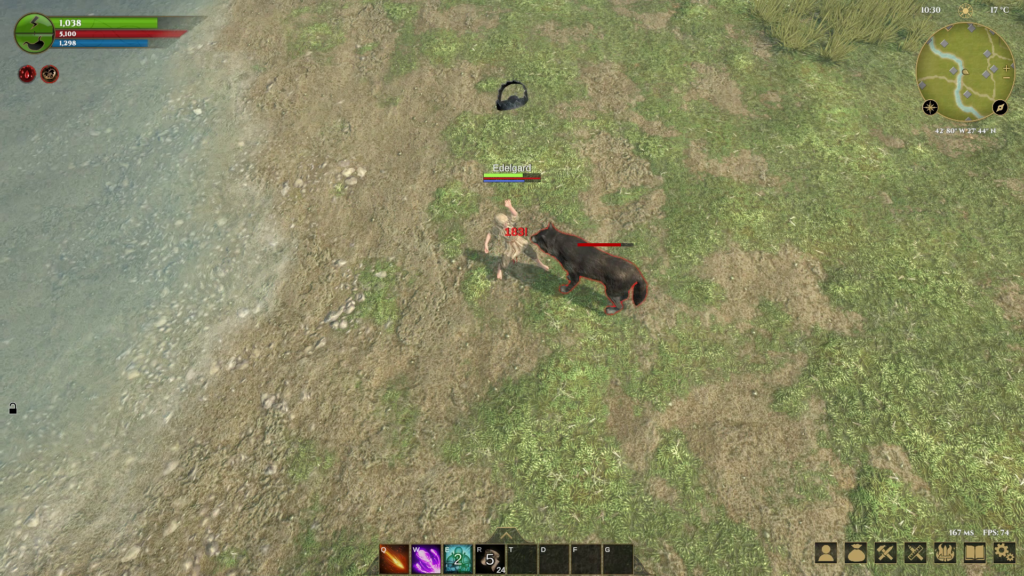 For animals and creatures, each subsequent kill, engagement or death from, progresses the amount of knowledge you have in your log, which gives you better information about their attributes, and the best part is, there’s a chance you can even learn new combat abilities from these creatures, and that’s one example of how character progression is shaping up to be in Fractured, by offering a horizontal structure that rewards players through exploration and discovery as opposed to the standard routine of gaining levels, xp and grinds. As for Knowledge Points, these accrue the more you discover things in the world and they can be spent as character currency on learning newly discovered skills and abilities and for creating new presets that you can save for quick access out of combat. The progression here is a good alternative to what we have in similar MMORPGs and I’d like to see how this develops further, as there isn’t a whole lot of creature and skill variety in the Alpha so far.

Now what about all that plant fiber, berries and meat that you’ve piled up in your inventory from your discovery spree? You’ll want to spend them of course, because inventory weight is a thing here, and you’ll get to put these to good use. Fractured does have survival mechanics like needing food and rest, both have indicators on the top left side of the UI and they decay over time. Meat can be cooked at crafted fireplaces or in player homes, while most non-edible resources are used in the game’s crafting system. Crafting is easy so far and can be done from anywhere if it’s for the basics like harvesting tools, weapons and armor. 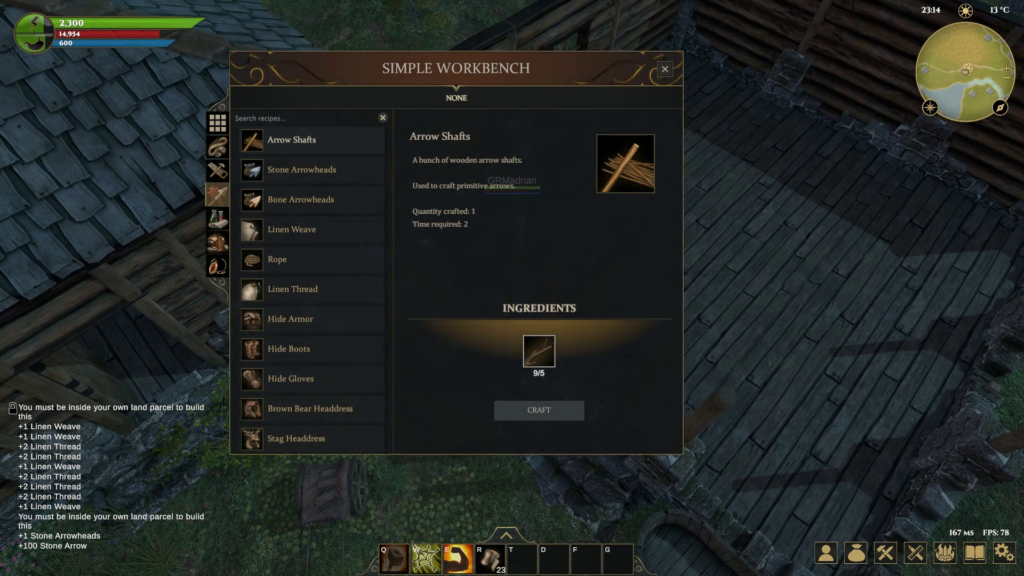 I crafted pretty much everything after an hour of gathering all kinds of resources, and I do like the freedom your character is afforded when wanting to try different weapons than want originally came with your background – you can equip three at once at swap between them with a hotkey, and this is really handy if you’re out hunting fast food like rabbit and deer, and need to swap to a longbow quickly.

While it’s still very early in development, Fractured’s combat system is functional and basic, and I think it has a long way to go before we start seeing what the studio has in mind at launch. The basics of combat plays out like a MOBA or similar top-down sandbox MMORPGs, with simple clicks for basic attacks, and your skills and abilities are sitting on a hotbar, ready to be fired off. Various factors will come into play during combat depending on what skills you have and what skills your opponent has, so you’ll see a variety of crowd control effects, and in the future and what I’m most excited about, is environmental manipulation, where casting a lightning spell on enemies that are standing in a water puddle would obviously do more damage or pop a CC.

So far I’ve encounter plenty of beasts that want to kill me, from wolf packs, to giant dire wolves and enormous spiders. I’m sure there’s more types of mobs out there but with how large the land-mass is, it’ll take me awhile to explore the far reaches and see what other dangers lurk. The stronger enemies like dire wolves and spiders offers the most challenge if you’re out exploring solo, and if you haven’t crafted some decent armor you’re bound to die a few times, and in the alpha test death is just a knock out and players will be revived after half a minute. At launch I’m not sure if there will be full loot on death. Otherwise, combat here just feels like an alpha test placeholder, and I hope the animations, pacing and more get upgraded for launch. 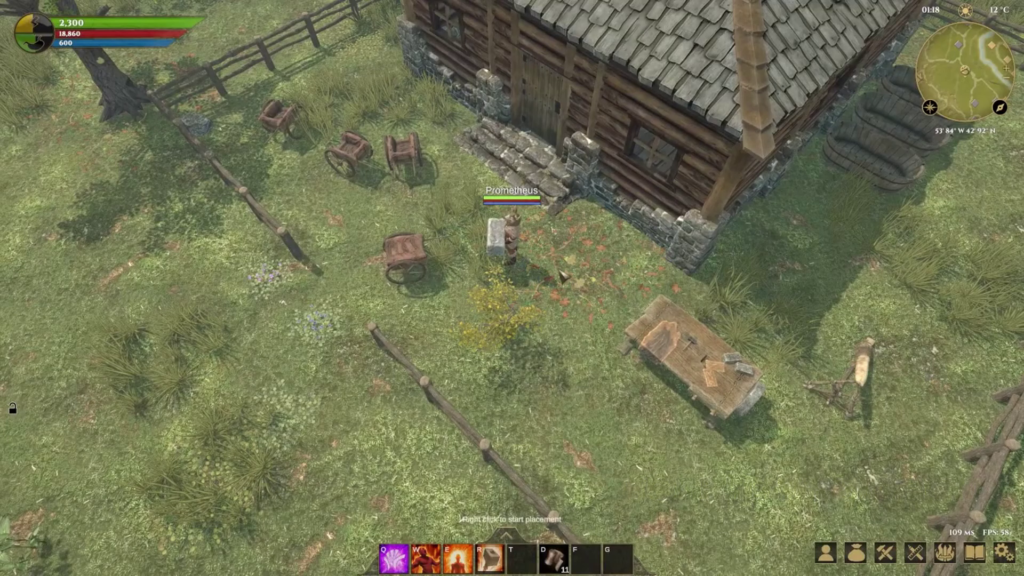 My time exploring Fractured’s alpha did set me on one epic journey though, and it involved this burning desire to build my own home. I first stumbled upon another player’s house and thought it looked great. You’ll have a place to keep you safe from the constant agro of these overzealous alpha mobs, plus you get own space to cook your food, recharge your energy, and possibly play around with furniture crafting. So on I went to find and claim my own plot of land, which is easy to spot on the mini map, and as long as no other player gets it first, you can place down a house blueprint from the dedicated blueprint UI and start getting to work, and oh my, it’s a lot of work.

The housing in Fractured gets you involved in every step of the way, starting from the foundations, to the pillars, each wall side, windows and doors, and onward it goes. That means, you will need a crap ton of stone and wood, which are readily available on the landscape. You’ll definitely want to craft one or two of these wheelbarrow things that you can take with you out on foraging runs, because you need the weight and space. It took me over two hours, and a dozen trips to and fro between house and the wilderness to gather the resources, bring em back and then painfully click on each individual building project until it’s done.

Again, it’s a lot of work, but I feel good about, I did it at my own pace and now I’ve got house to place crafting stations and other beneficial stuff. If you’re playing with friends, the process will be quicker of course, but it’s the satisfaction of completing something daunting is what matters, especially in a sandbox MMO, and I hope at launch, Fractured will offer more of that from the various facets of PvE and PvP gameplay that we haven’t even seen yet.