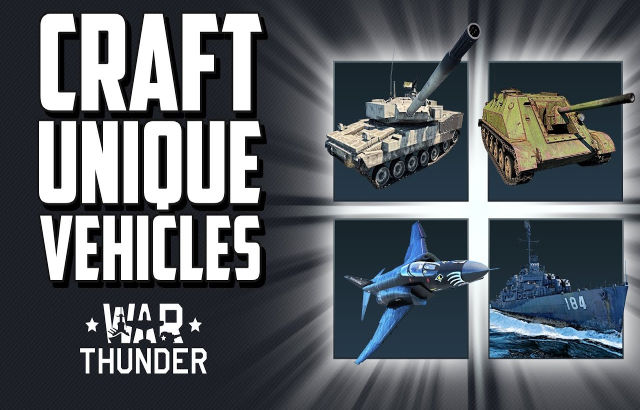 Gaijin Entertainment announces that the Future Technology event for the military online action War Thunder that gives the opportunity to get new rare vehicles will continue until the 12th of April. The prizes are: the Soviet SU-76D SPG, the Japanese JDS Yūgure destroyer, the US XM8 light tank and an early version of the German F-4F fighter jet.

Future Technology is a crafting event where players participate in regular War Thunder battles to gather resources, ammunition and blueprints that are required to build a futuristic Minotaur tank. These Minotaur tanks can be exchanged for the four new rare vehicles mentioned above.

The SU-76D  was an experimental tank destroyer with a low silhouette, an inclined arrangement of armor plates and a diesel engine. It was developed by the Soviet engineers during World War II but was not used in serial production because of the difficulties with the locally produced and sufficiently powerful diesel engine.

Yūgure was originally a Fletcher class US destroyer that Japan received at the end of 1950’s and was modified and used as an anti-submarine and training vessel. Five dual 40mm Bofors cannons allow Yūgure to easily take care of any smaller vessels and aircraft.

The XM8 AGS was an experimental American light tank, developed in the early 1990’s in an effort to replace the Army’s outdated M551 Sheridan tanks but only prototypes of this machine were built. The 105 mm XM35 rifled cannon and a 550 horsepower diesel engine gives XM8 enough firepower and mobility. There is an option to install additional composite screens onto the vehicle, enhancing its protection.

The F-4F was the export version of the famous Phantom fighter jet made for the German Air Force. It’s almost as powerful as the original US variant. The pilot is free to choose from a variety of weapons: bombs up to 2,000 pounds, Mighty Mouse and Zuni rockets, 20mm Vulcan gunpods and three modifications of the deadly Sidewinder air-to-air missiles: AIM-9B FGW-2, AIM-9E and AIM-9J.

The full description of the Future Technology event is available at the official website as well in the tutorial video.