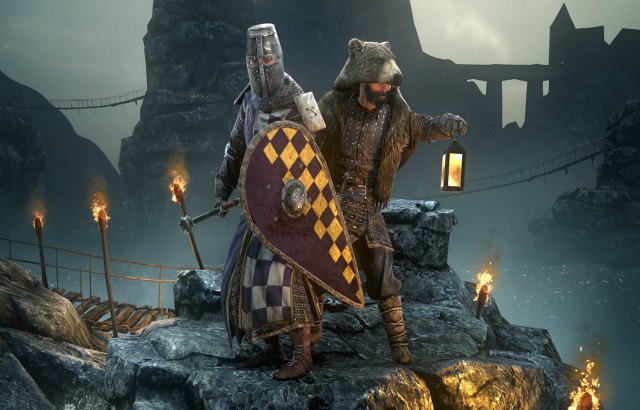 The latest Gloria Victis update introduced the long-awaited playable female characters! There were massive preparations behind this change, including rework of all armors and garments in order to make them fit to female characters. However, we’re sure it was totally worth to do it so our players can finally roleplay who they want in the immersive medieval world of Gloria Victis.

Also, the latest updates brought new mechanics requested by players to the Gloria Victis non-target combat. From now on, polearms and longswords do cleave attacks, hurting up to 3 opponents with diminishing damage. Moreover, shieldmen can now stun their targets with a well-aimed shield bash. However, another new mechanics significantly changes the shield tactics, making using it much more balance – we’ve added the arm’s endurance for shield blocking. Once an arm is tired it goes numb and a shieldman has to block with weapon for a while, becoming much more vulnerable to both melee attacks and arrows. This change was added in order to reduce the “shield turtling” occurrence.

We have also added new content and numerous gameplay improvements. There are now 80 new mid- and end-game events (public quests) placed along the possible frontlines. Thanks to this, solo players and small groups always have plenty of activities to complete when they need a break from epic PVP battles or world events.