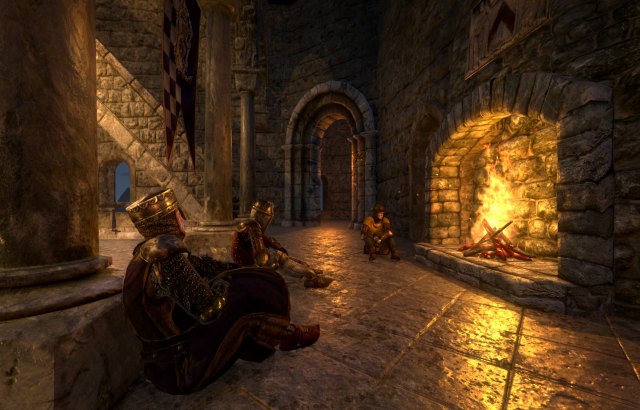 PvP-centric MMO Gloria Victis’s new GvG update is now live. The new patch introduces the Skergard Castle, which guilds can battle to gain control of for benefits. These includes giving guilds access to workshops and taxation.

The castle is located on a snowy peak which isn’t ideal, but it sure makes for an epic battleground. Furthermore, the developers are hinting that this is just one of many iconic castles to battle over.

“A castle that each medieval lord would be proud of – are you ready to possess a one? Get ready for intense fights over the Skergard Castle – the very first guild-controlled location placed on top of a breathtaking mountain!”

In future there will also be more “friendly” territories, as well as locations of different wealth. Since the amount of territories a guild would be able to control at the same time, so one guild won’t be able to dominate entire server, the strongest guilds would preferably focus on the wealthiest territories, leaving poorer lands to smaller guilds.

Gloria Victis is definitely shaking things up competitively for guilds. Territories are now becoming more interesting, so it will be fun watching how things are going to be balance-wise. For more information on this update, check out the official post here.