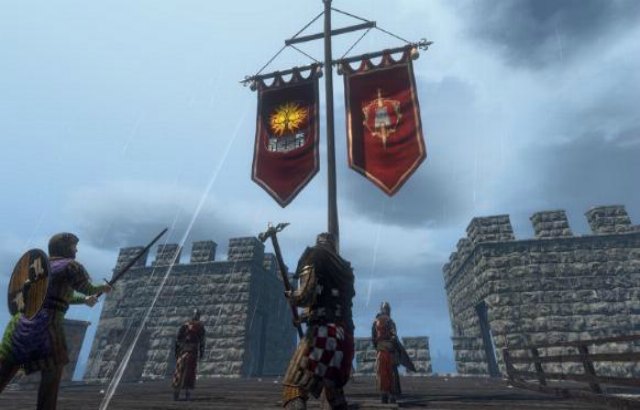 Gloria Victis has finally received the long-awaited Freebuilding system! It one of the biggest updates of all the time, requiring a massive amount of work regarding the system itself and improvements to the game’s world. However, it’s finally in-game!

When building its perfect castle, a guild can freely design different layers of fortifications and upgrade them to chosen level – from palisade to wooden walls, and finally to stone walls which can’t be burnt to the ground, unlike the lower upgrades – and to place ballistas on top of towers, allowing the castle owners to destroy incoming enemy battering rams and catapults. Then fill the area inside with economic or utility objects, such as a tavern, training arena, stalls with vendors of all type and crafting workshops.

The guild has complete freedom of choice with this system, as long as the castle doesn’t exceed the defined building area (which is pretty vast for most of the castles) and doesn’t run out of the building points. It’s worth to note that there are 3 types of guild territories: forts, strongholds and castles, each having a different pool of points for building and upgrading the fortifications and economic buildings. This solution assures that there will be enough variety between all 9 Guild Castles which exist on each server.

Now, with the Freebuilding system introduced, the development will focus on finalizing the implementation of horses and mounted combat, as well as on expanding the available content and overall improvements of existing systems.

Check out more details about the update in the official post here: https://www.gloriavictisgame.com/en/news/494