Grim Dawn: One of the Best ARPG Games is Coming To Xbox

Grim Dawn: One of the Best ARPG Games is Coming To Xbox 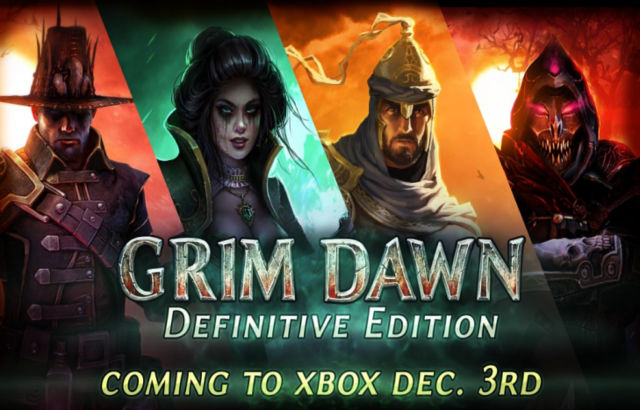 Grim Dawn, Crate Entertainment’s critically acclaimed ARPG, is coming to Xbox on December 3rd! Grim Dawn is looking to grow its community on the Xbox and expand the ARPG offering on console. Grim Dawn will debut on Xbox with a “Definitive Edition” that assembles years of expansions and free content updates into one convenient package by bundling the Ashes of Malmouth expansion, Forgotten Gods expansion, and the Crucible game mode!

Finally Xbox players will be able to explore the darkest corners of Grim Dawn’s vast, immersive world, where secrets abound and untold terrors lurk. Known for its rewarding itemization, dual class system, choice and consequence questing, factions and rewarding end-game activities, Grim Dawn is sure to entice fans of the genre both new and old.