Guardians of the Sky Introduces Aerial Content On TERA

Guardians of the Sky Introduces Aerial Content On TERA 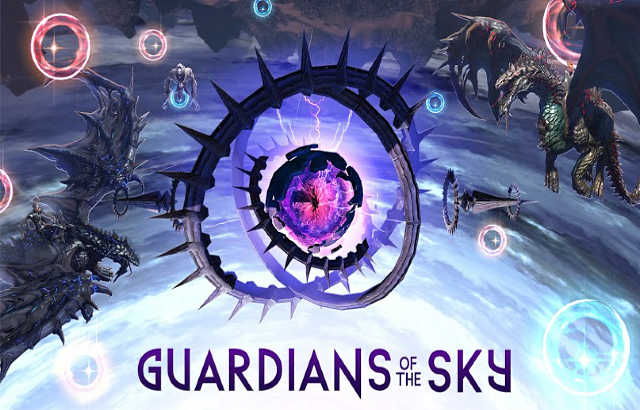 TERA is letting players take to the skies for content with the Guardians of the Sky content drop. Beginning this month, a new type of open world missions will let players combat in the air to repel invading aliens. The update also re-introduces the Demon’s Wheel dungeon as a temporary event, with a chance for players to earn special rewards each week and some ultra-rare, limited quantity drops for lucky groups favored by the diabolical Demoros.

For the first time in TERA, players will be able to fight in the skies above Arborea! Two new Guardian Legion missions give players a new perspective on the games True Action Combat. In Rhapsody of Wind and Fire players aerial acrobatics will be on display as they collect energy orbs to help clear the path for and defend the games peaceful sky whales from desert wraiths. Players will also test their mettle against alien forces, blowing attack drones out of the sky until they ultimately confront the mothership for the final showdown. New dragon mounts are available in the TERA Store for players wanting to bring a more menacing ally to these high-flying battles!

Starting on Thursday August 16, TERA’s Demon’s Wheel dungeon is back open for business. Open each week from Thursday through Tuesday, and ending Tuesday, September 11, players can revisit the dungeon for a chance to earn special bonus loot each week including dungeon currency, masks with stats, and a variety of temporary cosmetic items. A select number of very lucky parties will get a chance to earn some hyper-rare loot that can only drop a limited number of times across the game. These cosmetic drops will grant permanent version of select mounts and footstep animations to all members of the group, while five extremely lucky players will earn the rarest reward – the azure phoenix flying mount.