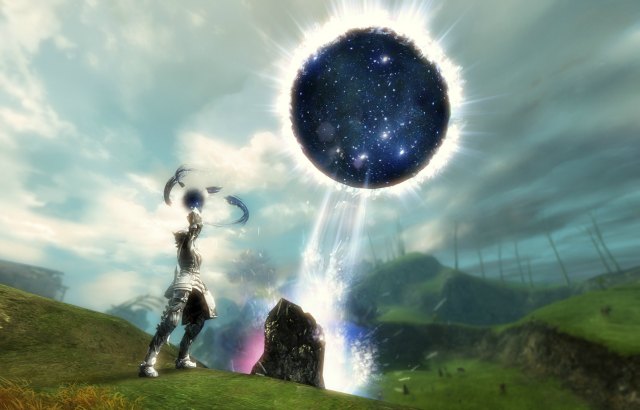 With Guild Wars 2’s update this week, some quality of life changes has been made to the game’s harvesting and crafting. Unlimited use tools now have upgrade slots, which players can attach glyphs to. These glyphs provide stat enhancers not for combat however, and instead offer players other benefits such as increasing gathering speed. See below for the list of stats:

The game is offering all players (Non F2P) a free glyph from the in-game store to use, but assuming you have more than one unlimited tool, you’ll need to get the rest. So where do they drop from?

Something To Gamble On

The answer lies within the Black Lion Chests, or the game’s RNG lockbox. Glyphs now have a chance to drop from there, so players will need to purchase a key using gems to try their luck at getting one. Still, is this update necessary and why would players pay for something like this? To be fair, there are non-gem store ways to get them too. Limited use tools can be upgraded with glyphs that you trade Karma for at vendors in the main cities, but remember, the tools will expire. The good news is, the upgrade glyphs simply return to your inventory until you get more limited tools to use them on. There’s a catch though; Limited-use tools with inherent bonus effects are the only tools exempt from glyph swapping, and their effects can’t be removed or changed.

The good news is, they aren’t bound on acquire, and you get buy them from the auction house too if you’d rather not spend real money on gems to get them via boxes.

According to ArenaNet, here’s why they included this:

“We intended this to be a nice little bonus, but instead it felt incomplete and arbitrary. We wanted to organize the system to make it clear where bonus effects come from and how players can get them, both through the Gem Store and in the game.”

Cosmetics May Be Your Thing

That’s not all however. If you own a bunch of unlimited tools, you can now swap their cosmetics freely at the cost of Transmutation Charges via the wardrobe. This is the same system that you use to change your character’s look, so it’s standard fare. Important to note here is that the skins are account wide, so if your alt has the nicer skin, the wardrobe will just pull that for you to use on other tools you get in the future.

Overall, this update will be well receive for hardcore crafters. Materials out in the world require some labor to gather, and the Glyph of Industry is the most efficient and popular for that. Currently, it’s going for 400+ Gold on the auction house.