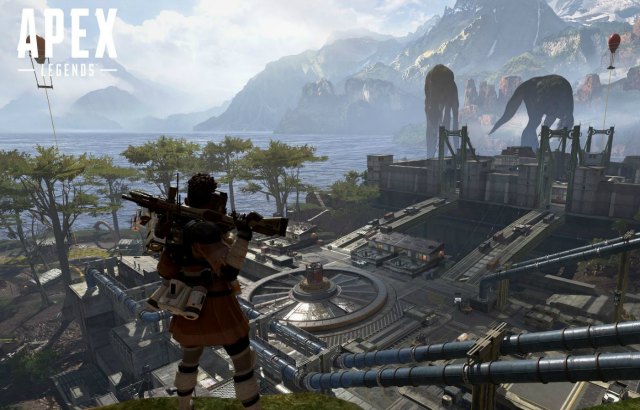 Apex Legends is a brand new free to play Battle Royale shooter from Respawn Entertainment, the folks behind Titanfall and Titanfall 2. With rumors of a new Titanfall game rampant this week, the studio teased a new game ahead of leaked news regarding Apex Legends. The game has now just gone live on EA’s store Origin, and can be downloaded and played. Having gone through the game, here’s our thoughts on Apex Legends and why it deserves your attention.

This Is As Titanfall As It Gets

Are you still waiting for Titanfall 3? Forget it, Respawn has said they’re not working on it. Apex Legends is here instead, and has been in-development since TF2. The game is set in the Titanfall universe and features familiar battle royale mechanics when it comes to winning conditions and map dynamics, but that’s where the similarities end. Apex Legends is a lot more sophisticated than the run of the mill battle royale game. It takes a heavier emphasis on gameplay to make a masterable, learnable game with deep strategy, and they’ve gone about that by omitting much of what made the Titanfall games fun. There are no wall running and double jumps here, but that makes the game less quick-paced and more about strategic squad shooting, which in a weird way, makes sense. 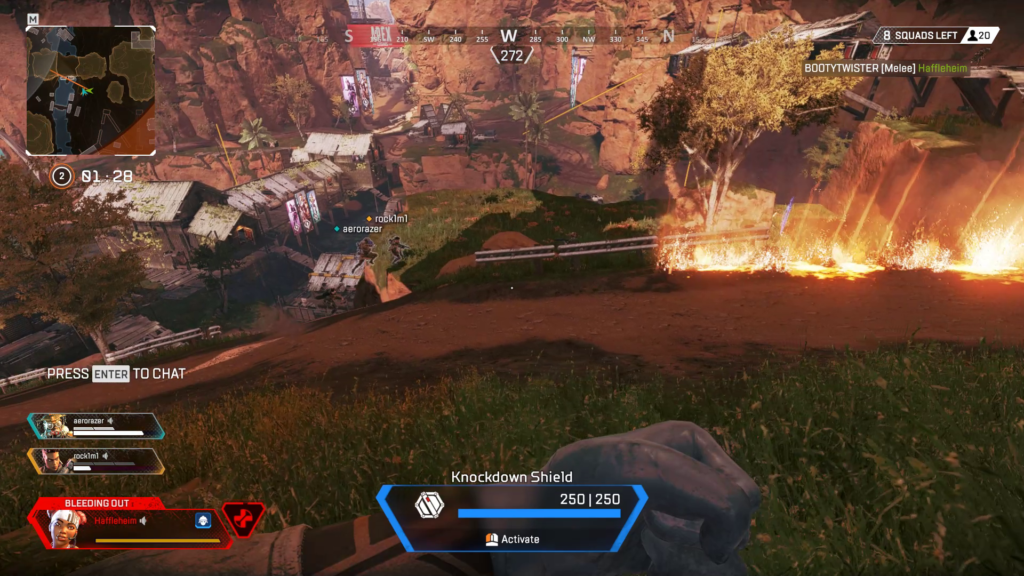 At the heart of it all is the squad play – a group of three players each controlling a hero in matches that pits 20 squads against each other. To facilitate this, Respawn has embedded several key gameplay functions to make sure communication and teamwork are more important than chaos. For starters Apex Legends has a ping system where players can mark objects, locations or enemy players. It’s a nifty little feature that’s bound to your mouse wheel button to click. And honestly, not many games uses that button at all, and it works in Apex Legends flawlessly. Team mates can mark loot containers, enemy players or where they want to go. Additionally, many cliches from the battle royale genre has been refined here. Yes your squad jumps out from the sky are the beginning, but a squad leader is elected randomly, and he or she decides where to land. When a spot is picked, all three players travel in unison, unless you want to be a lone ranger and break off. Note, there is no solo or duo modes. It’s all 3-man squads. 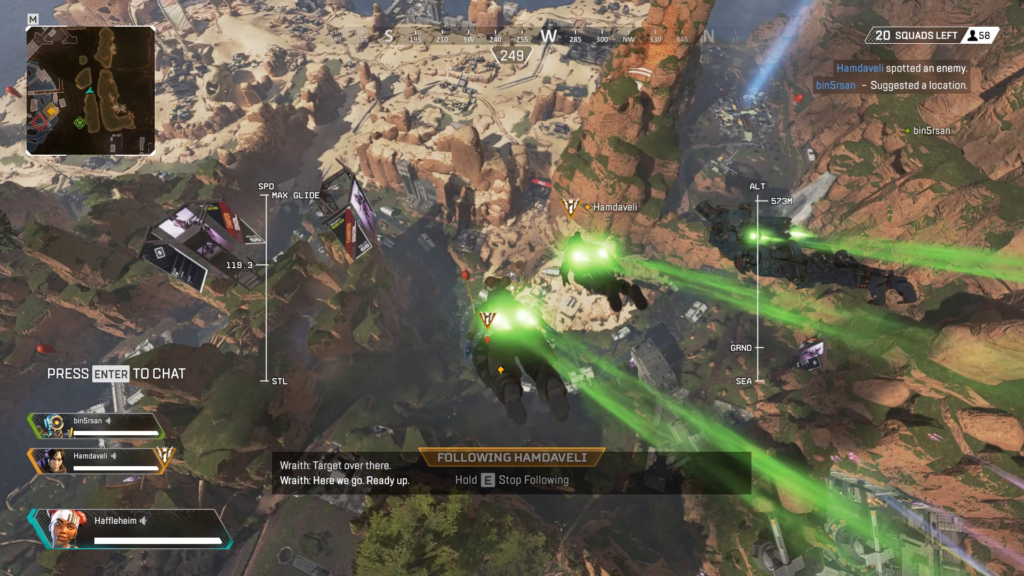 Heroes To Latch Onto

The biggest remix from the battle royale genre is the heroes you play as. These are personalities that are fun and each represents a class style. You have tank-types, pure damage dealers, rogues and of course healers and medics. This is a really nice change from playing un-named nobodies in every other battle royale. You have a reason to latch onto a class or personality, very much like popular hero shooters such as Overwatch of Paladins. This mixture makes matches a tad bit more interesting as heroes can give off the cuff one liners when you kill another player, and just hearing their general chatter is fun. The progression system when it comes to heroes are mostly cosmetic in terms of skins, banners and other aesthetics. Right now at launch there’s 6 heroes you can play as for free, while the other two are locked behind a paywall. 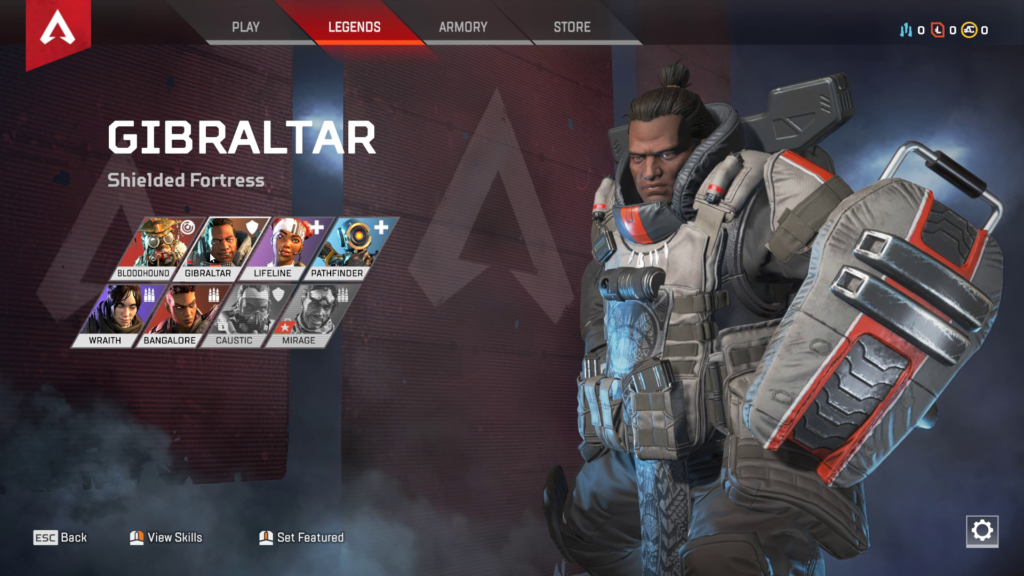 Let’s not kid ourselves, this is to be expected for a free to play battle royale shooter. The many gun categories, hero outfits and other “fluff” that makes up the bulk of customization options in Apex Legend’s store in-game. Players can unlock most of them via three ways, which are Crafting Materials, Legend Tokens and Apex Coins. Apex Coins is what you get for paying real money on Origin for them, and are widely used to get everything faster, but as none of them are advantageous upgrades it’s not pay to win. Otherwise, simply playing matches, and leveling up your profile rewards you with currency and event cosmetic lootboxes. 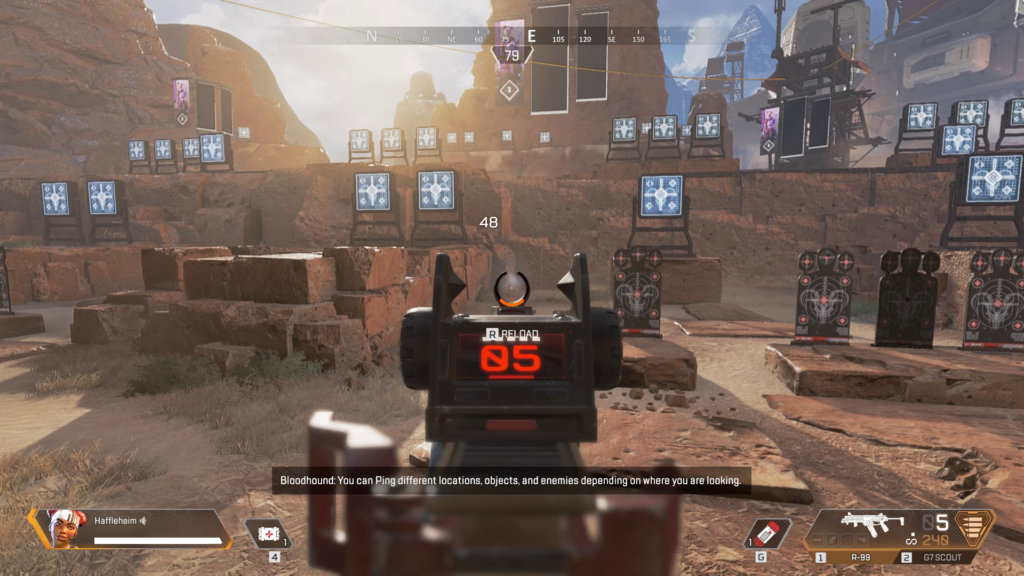 Ultimately though, the focus on Apex Legends is definitely on the gameplay. It’s different and refreshing for battle royale fans, and shooter fans will find it enjoyable too. The learning and mastery curve is high, but the foundations are there for a game that’s best enjoyed in the long term with plans for future maps, more heroes and possibly more game modes in the pipeline. Considering all that, the game is fully free to play which is always a bonus, but it’s also fair too. Your skill with gun-play, the effectiveness of your squad and overall experience with these hero classes is what will get you through Apex Legends, and that’s how most of these games should be. The real disappointment here though for non battle royale fans, is that this isn’t the Titanfall 3 that we were hoping for. 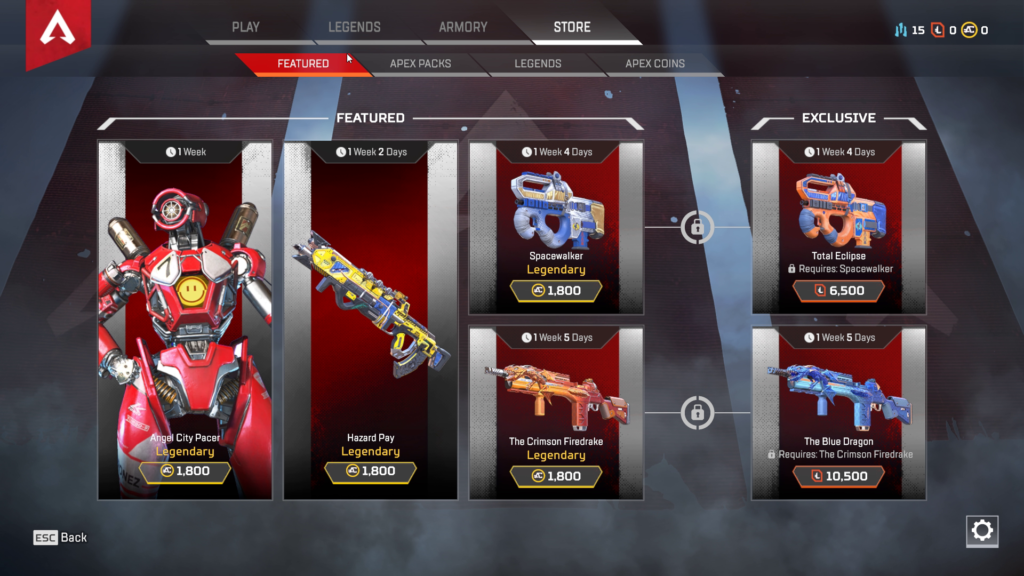