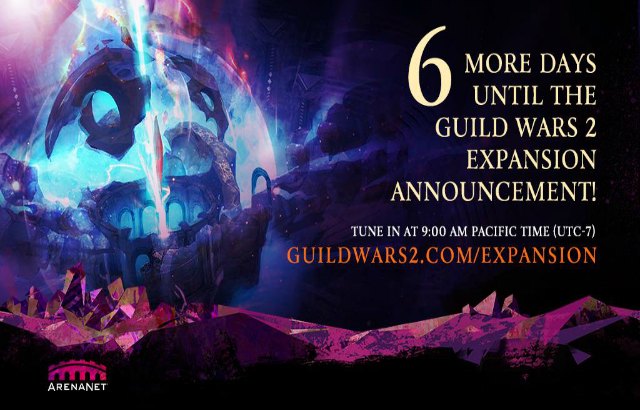 We’ve got excellent news for all you Guild Wars 2 players. The game is preparing to unveil details about its second expansion in five years.

According to the GW2 website, the announcement and reveal will take place on August 1st. The announcement will be available on all of the game’s social media platforms. These includes Twitch, YouTube and Facebook.

The news is creating buzz among the game’s community. The first expansion, Heart of Thorns, is already a few years old. Moreover, most of the players have exhausted its content. And interesting sentiment emerging is that HoT definitely changed how players approach the endgame.

The lack of dungeons, more raids and a very vertical progressive zone meta has received mixed receptions. Therefore, this time around, a lot of players are looking at how Guild Wars 2 plans to shake things up.

What will also be interesting is to see if they’ll be any new classes or races coming. We got the Revenant class in the last expansion, so it won’t be to audacious to hope we’ll get another. A new race will be particularly interesting, although highly unlikely. Races in GW2 all have specific starting zones, so unless a new race begins in the new expansion zone, it’s not workable.