Have You Heard Of AI Driven Simulation MMO Seed?

Have You Heard Of AI Driven Simulation MMO Seed? 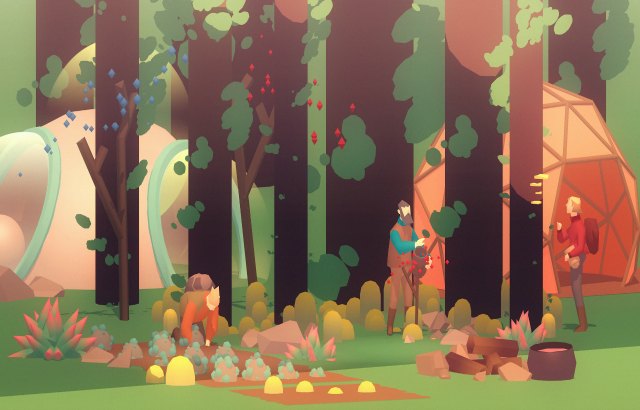 Berlin-based game development studio, Klang, has secured a total of $5 Million in its second equity funding round to support the development of its AI-driven MMO simulation, Seed.

The round – led by Makers Fund and including firstminute capital, Neoteny, Mosaic Ventures, and Novator – will be used to scale up the development team to work on the studio’s upcoming title, Seed.

“We’re extremely honored to receive the backing from these prestigious investors who have the faith in us to realize a dream that began over a decade ago. We believe Seed to be a vital part in the next generation of computer games, and it’s exciting to have their trust that we can turn this concept into a reality,” explained Mundi Vondi, CEO & Co-Founder of Klang.

“Seed is a genre-breaking game in the making, developed by one of the most creative and technically accomplished teams in the industry,” says Michael Cheung, Partner at Makers Fund.

“Backing teams with the technical depth and creative breadth of Klang is a privilege. We believe their vision will transform the way people play games and redefine the MMO genre,” states Spencer Crawley, Co-founder & General Partner at firstminute capital.

Joi Ito comments, “I’m extremely excited to participate in the growth of Klang, a dream team building the most ambitious game I’ve ever seen. I can’t wait to play!”

Seed is a continuous, persistent simulation where players are tasked with colonizing an alien planet through collaboration, conflict, and player-to-player interaction. Using unique gameplay based on managing multiple characters in real-time, communities can be built even when the player has logged off, allowing the world of Seed to be a living, breathing entity.

With over 30 years’ combined experience working on MMOs EVE Online and Dust 514, the team at Klang holds a deep-rooted understanding of designing and operating persistent games. This experience will be applied to develop Seed’slarge, player-driven world.

Seed utilises Improbable’s SpatialOS, a cloud platform for game development. By building on SpatialOS, developers can use standard tools and game engines to design, build and manage games that go beyond the limits of a single-server architecture. It allows for a swarm of hundreds of game engines, running in the cloud, to cooperate together to simulate a world much larger, richer, and with more players than any single engine or server could.

To discover more about Seed, visit the project’s website: www.seed-project.io . You can find out more about catching Klang at GDC 2018 here: https://www.klang-games.com/gdc