Heavy Metal Machines makes us ask questions. What happens when you mix heavy metal music, Mad Max and Rocket League together? The answer is a fast paced, free to play action PVP game set in a post-apocalyptic world with a rocking soundtrack.

Released on Steam this past January, the game is attracting a lot of attention and for good reason. The premise of Heavy Metal Machines involves cars made for destruction. And in teams of four, players get to blow each other up in fun ways during matches. So what’s so good about Heavy Metal Machines? Read our review below to find out. 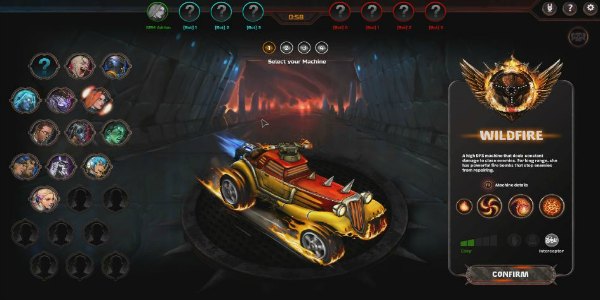 At first glance, Heavy Metal Machines may look like a MOBA rip off of Rocket League. But that’s a far-fetched idea. Heavy Metal Machines is in a league of it’s own and it all comes down to the uniqueness of the gameplay. Both PVP match modes Play and Practice have the same objective. In teams of four, your tream must collect the bomb in the middle of the map and destroy the opponent’s base by dropping the bomb there.

The first team to do this three times will win the game. However, only one player can carry the bomb, so the other players must interrupt them by firing their car’s weapons and setting off traps, which are unique to the vehicles they pic. When it comes to controls, Heavy Metal Machines isn’t complicated, and offers support for controllers too. Left clicking will move the vehicle, and steering is done with the mouse. There are dedicated keys for firing abilities, so it feels like a MOBA without actually being one. 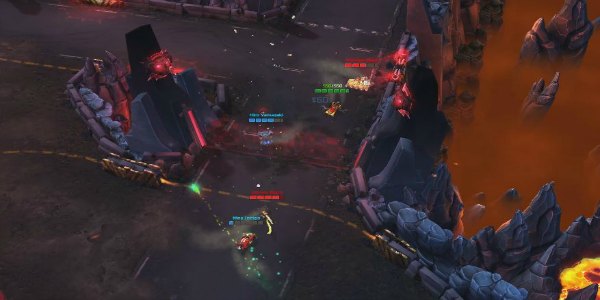 If Cars Could Kill

What truly makes the gameplay work is the cars in Heavy Metal Machines. Built for destruction, there are three car classes to pick from. Transporters are the fastest, and usually are the ones that fetch and deliver the bombs. Think of them as the strikers in a football game. They score goals. The Support cars make sure that team mates don’t take too much damage and repairs them, while the Interceptors are the damage dealers. All the cars have unique abilities and designs, and players can level them up the more they play. Higher ranked cars can unlock special missions and more customization options too.

Throughout a match, players will earn cash for every kill, and can buy upgrades on the spot to beef up their firepower. After each match, more currency is awarded for performance and winning, which can be used to purchase better cars in the shop. Heavy Metal Machines does a good job at keeping players sucked in through the gameplay and the meta progression. 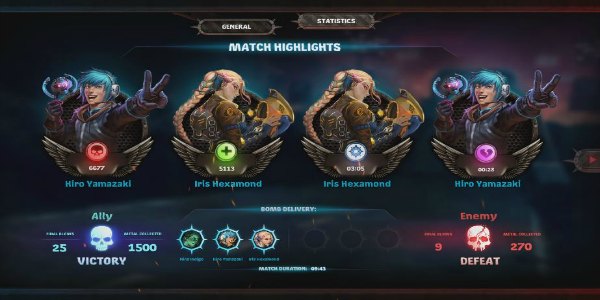 The real feel good factor and why I am so hooked to Heavy Metal Machines is probably down to the excellent presentation. The game oozes with attitude and it rubs off in the graphics, art style and music. Even the car designs are great and over the top, which totally fits in to the post apocalyptic world that developers Hoplon are trying to create.

While aesthetics are pleasing, other parts of the game should be commended too. For example, the lack of pay to win elements in the game is great. It gives all players a fair shot at progressing forward to buy the best cars without real money. This makes the community equal parts fair and competitive. 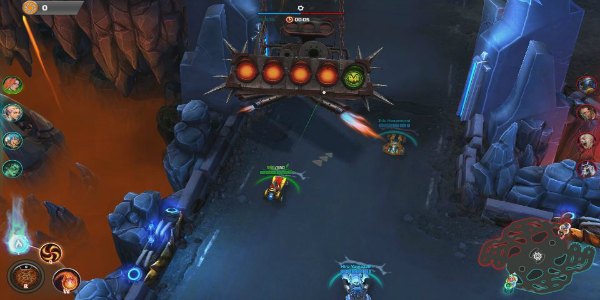 It’s still early days for Heavy Metal Machines, and the potential to grow is huge. Even right now, the game is only in Early Access on Steam with loads more features yet to be released. Among these are Rank matches for PVP.

The free to play factor will also help the game greatly, allowing players to jump in and be rewarded for the time invested. Overall, Heavy Metal Machines is creating a gaming category of its own, so keep an eye out for this game. It will rock your socks of.

As the leaves change and we leave summer behind, Sea of Thieves also enters a new Season with the arrival of

Gamigo has announced that Patch 35 is now available to play for all Grand Fantasia players. This patch introduces