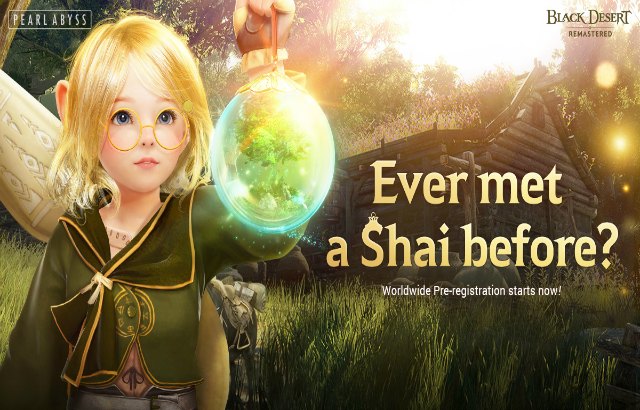 Change is on the horizon as Pearl Abyss today revealed the next plans for Black Desert at an offline event in Seoul. With a treasure trove of new content, user-inspired updates, and all-round tweaks announced to take Black Desert to the next level, Adventurers all around the globe are preparing to explore new frontiers as the first of these is already inbound. A specialized class unlike any other, the newest playable characters are ready to join Adventurers in making their mark on the Black Desert world—get ready to meet the Shais!

The Shais, with their small stature and big attitudes, are not new to the Black Desert world. However, they are truly unique and singular as a playable class. Wielding boomerangs and advanced alchemical knowledge, the Shais specialize in providing support for their allies on the battlefield rather than direct combat like the other classes. Their knowledge about the world around them gives them the benefit of specialized skills, including an aptitude for life skill activities like alchemy and gathering. Adventurers that choose to journey into Black Desert with this class will get a whole new experience and outlook of the Black Desert world and show how even the smallest person can change the fate of nations.

To match the eagerness of the Shais waiting impatiently to enter the ranks of playable characters, pre-registration for this class begins today and will be available until June 26 (before maintenance). Adventurers can get an early peek at the new class and begin customizing their characters before their release. To commemorate the worldwide release of this class, all Adventurers who pre-register will also receive a bundle of valuable rewards that includes Blessing of Kamasylve and two new items: a Sealed Book of Combat and a Sealed Book of Life. Spreading the word of the newest arrival in Black Desert by sharing the Shai pre-registration video on Facebook will also grant additional perks. Find out more about this first-of-its-kind class and its global release here!

The reveal of the Shais as a playable class was not the only news to stir up excitement as future plans for Black Desert was announced today as well. With new PvE content, a revamp of Node War, the restructuring of hunting areas, and new characters and classes being just some of the announcements revealed today, the future of Black Desert is looking brighter than ever for Adventurers in Black Desert.

For a full outline of the today’s announcement, head over to sea.playblackdesert.com.