4 Things You Need To Know About Ashes of Creation Apocalypse

4 Things You Need To Know About Ashes of Creation Apocalypse 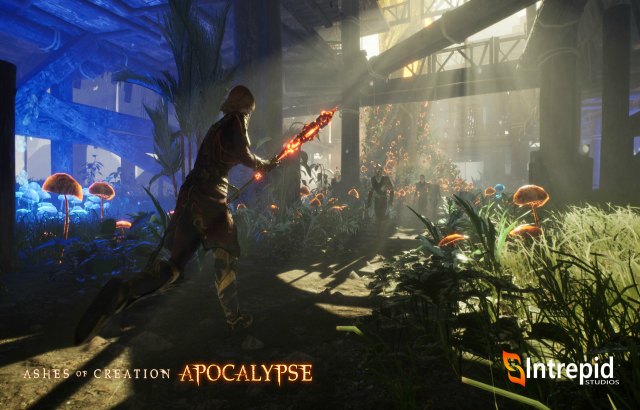 If you don’t know by now, Ashes of Creation Apocalypse is a standalone Battle Royale game. It’s the prelude to the upcoming Ashes of Creation MMORPG, the most successful MMO project on Kickstarter. How did that happen? Developers Intrepid Studios simply put, wants to make MMORPGs great again by challenging the status quo with many fresh and interesting gameplay ideas, from combat to questing, and how the MMO world evolves by player’s actions and input. Here’s the good news – Apocalypse will be launching on Steam Early Access this month. So if you haven’t had a chance to check it out yet, here’s 4 reasons why you should.

Its easy to roll your eyes at another new battle royale game these days. That would’ve been the case for Ashes of Creation Apocalypse, but the good news is it uses the same fantasy setting of its MMORPG in development. The world of Verra is at war, and instead of just guns and other contemporary weapons and gear, expect fantasy type goodness. Players will use all kinds of melee weapons, magic tomes and ranged weapons that you’d expect in a fantasy MMORPG. The skins on them look excellent, and is a great indicator of what one might expect when the MMORPG releases. The only thing missing are other fantasy races, as players can only play as Humans for now. 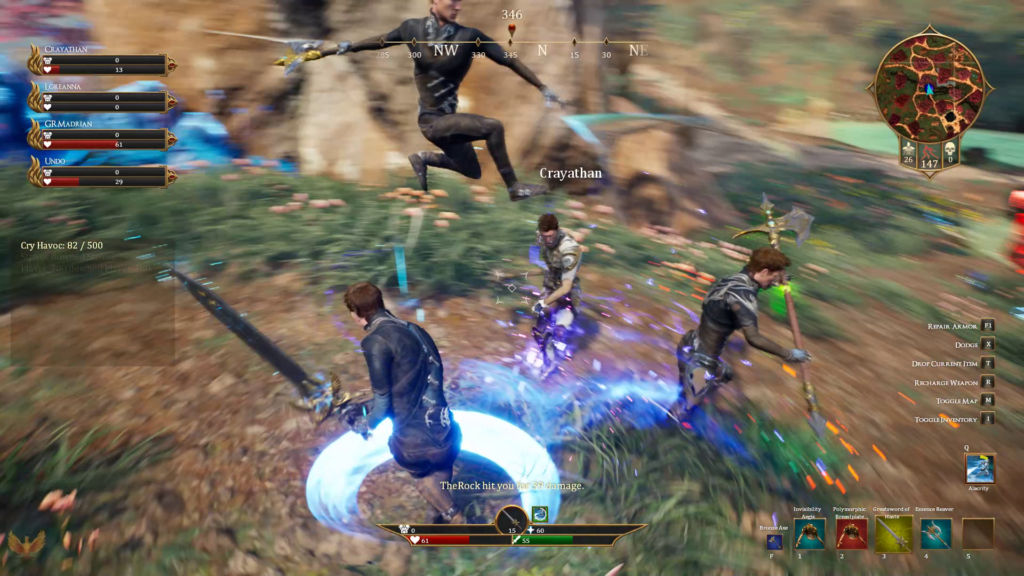 Ashes of Creation Apocalypse Is Free To Play

The game will launch its open beta on December 18th, free for everyone. Yes that means even if you didn’t back or support the Ashes of Creation MMORPG funding campaign, you can still create an account to play. Why so generous you might be wondering? Intrepid Studios has said publicly that one of the main reasons Apocalypse exists is to test systems, servers and environments for the MMORPG. By simply making it a free battle royale, one expects plenty of players will check it out which gives valuable feedback and data to the developers for the MMORPG. But that doesn’t mean the Battle Royale is just a smokescreen. It will be update alongside the MMORPG, and expect more game modes to come after open beta launch like Siege mode and Horde mode for those that dislike BR. 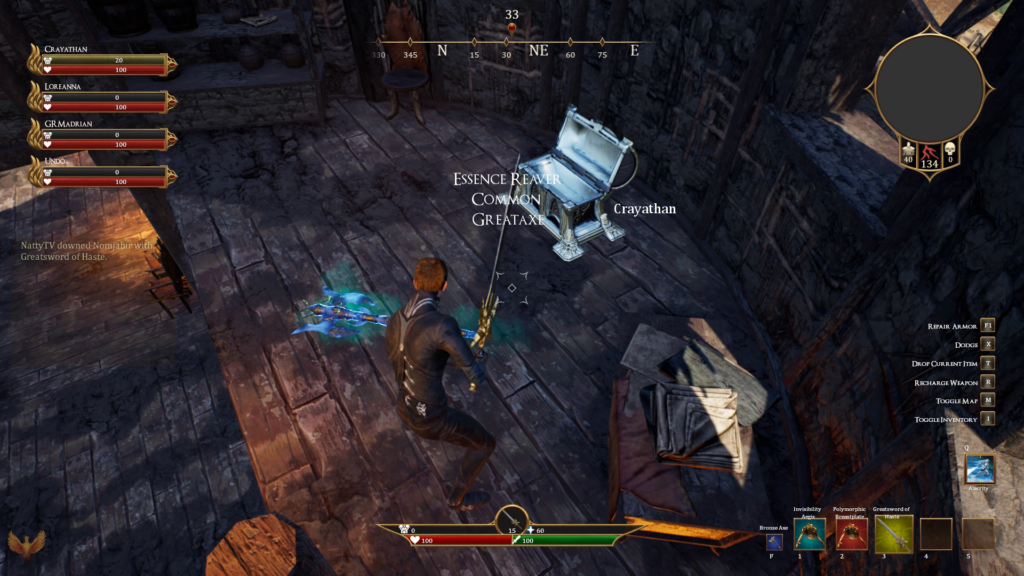 Since most players that will play Ashes of Creation Apocalypse are backers of the main Ashes of Creation MMORPG, it’s a good opportunity the see and feel the game they’ve supported in action. Ashes of Creation Apocalypse uses an action combat system that right now feels pretty good in the open beta. The weapon and ability animations look terrific, but character models, movements and more definitely needs some polish moving forward. As for graphics and environments, Verra is a gorgeous fantasy world and the battle royale map highlights that. Expect the same gameplay, like falling from the sky with or without your squad mates depending on what mode you’re playing, and then searching for weapons in abandoned buildings to get geared up. All of your gameplay time win or lose counts for something. Ashes of Creation Apocalypse does have a progression system called paths, that lets you unlock free rewards. 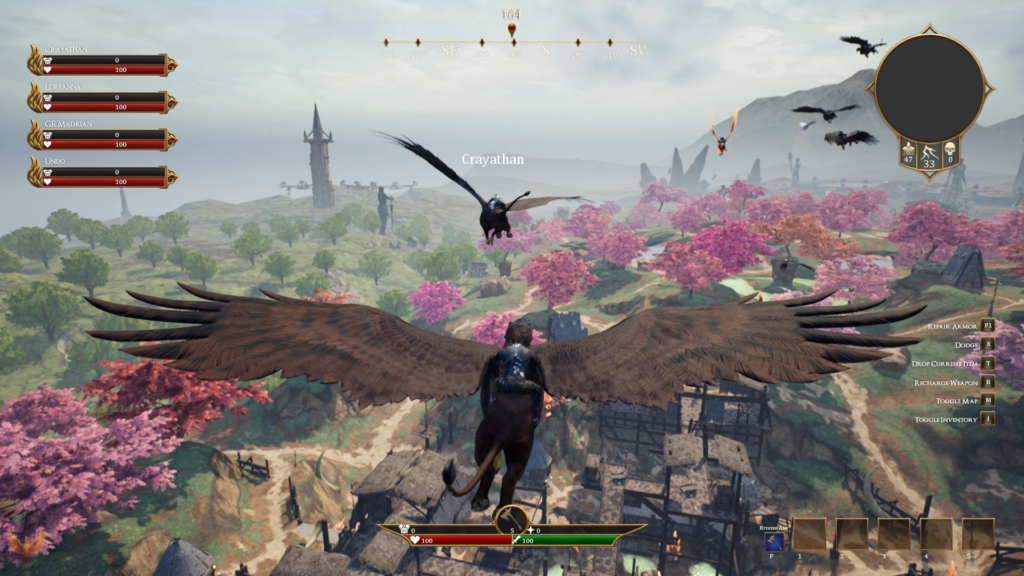 Free Cosmetics For The MMORPG

If you’re still unsold and are a backer of Ashes of Creation, then perhaps the best reason to dabble in this game is for the free earn-able cosmetics. There are two progression paths, each offering players new weapon skins, armor cosmetics and more when one levels up. The good news is everything that you unlock here will carry over to the Ashes of Creation MMORPG when it launches. So there’s a real tangible reason to play if you don’t want to miss out on extra cosmetics. 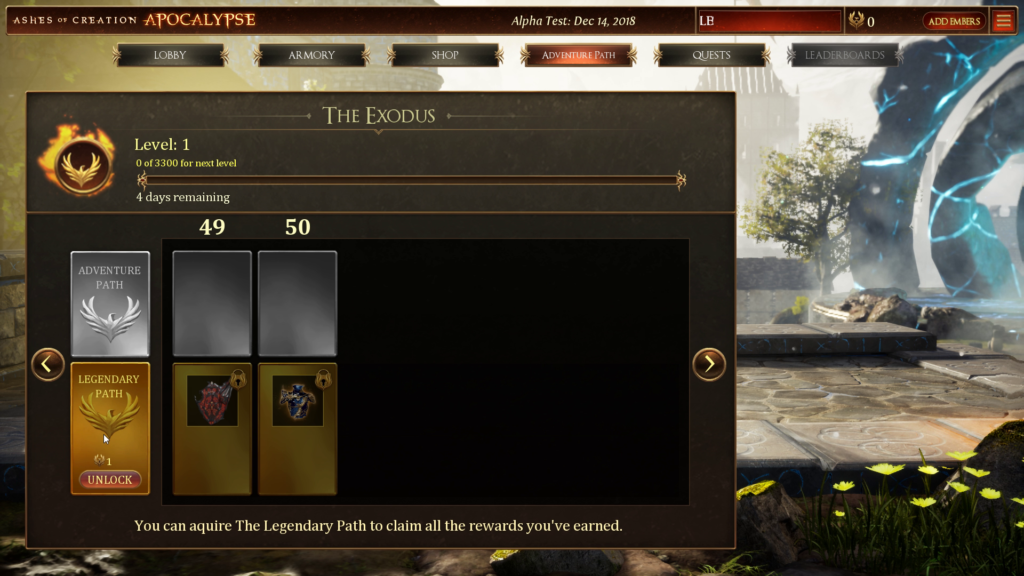