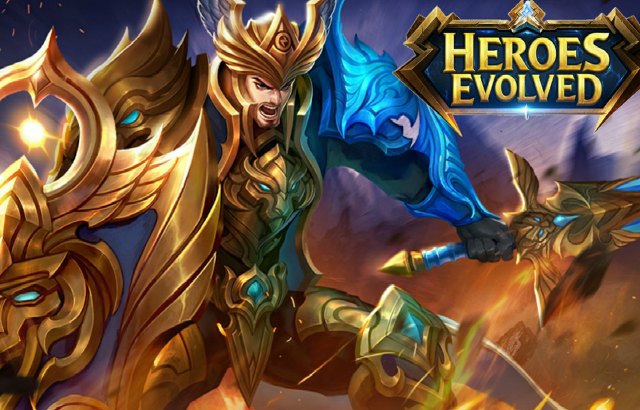 Heroes Evolved is releasing a major patch to their mobile smash hit Heroes Evolved in the coming days. The update adds a number of new features, events,  and adjustments, including a brand new playable character, to the ever growing roster of playable heroes.

A number of quality of life improvements are here for players, such as the ability to customize the position of the all-important cancel button. This gives players more granular control over their characters actions than ever before, allowing for intense, high-skill maneuvers on the battlefield. An updated Check-in rewards system has also been implemented, granting players free heroes and skins just for playing the game regularly.

Another major change players should be excited about is the addition of two new items: Beryls, and Beads. With these, players will be able to redeem awesome prizes that were previously only available from the Lucky Wheel.

The latest hero to make their debut in Heroes Evolved is Wendy, a small yet super energetic girl with a mighty hammer – she packs a real punch. She, and her special Sugar Rush skin, are available at a 20% discount for the first 7 days!

This wouldn’t be a Lunar New Year update without the inclusion of some new events! Collect Firecrackers by playing matches in both ranked and unranked, and redeem them for incredible themed prizes, gems, tokens, and more!

There’s a lot more, but we couldn’t possibly list it all here. For the full patch notes and details on the Lunar New Year Update for Heroes Evolved, visit the official website.