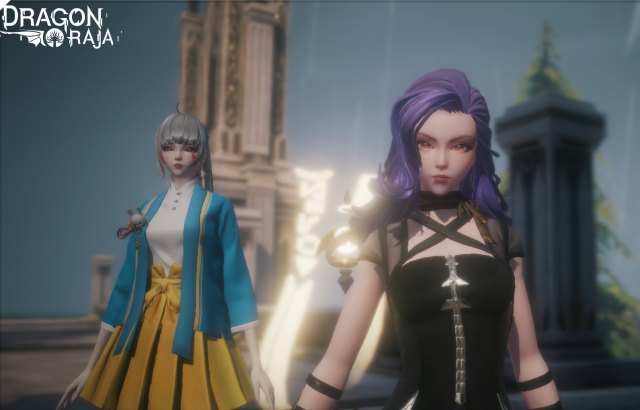 Dragon Raja is leading the App Store and Google Play download charts since its launch in the SEA region, and for good reason. This MMORPG is quickly becoming known for its addictive gameplay, amazing visuals and more. One core feature of its progression is to unlock systems as you level, and one such system is called Battle Talents, which lets you utilize powerful skills in battle.

Once players reach level 70, they can unlock the highest Talent tier known as Tier S, but there’s a catch – you’ll need to complete a few objectives before unlocking it. Here’s a quick guide to the easiest way, which is defeating the Funfair World Boss. However, keep in mind you have other objectives to complete if you haven’t already:

Objective 1: Evolve any Motor to Rank A

In this article we’ll focus solely on the Spider Boss Onimaru as it can be difficult to track down.

Step 1: Find out the server time of the World Boss Spawn

Onimaru Spider Boss spawns twice a day, and all players at level 70 will get a flash notification running across the screen five minutes prior to its arrival. The easiest way to track what time this event happens is to head to your Activities -> Challenge -> World Events, and look for the timer there. It should be titled Ghostly Riot, labeled as a level 80 event.

Once you know you’ve locked down the time, simply open the world map and head to the Funfair zone (Japan mainland, top of the screen) and wait for the event to start.

Before the Spider shows up, there will be a brief precursor event in which players will need to spread out and save 12 civilians before they are killed by demons. For everyone one you save, you will get bonus rewards.

While it isn’t necessary to complete to unlock your S tier talent, it’s still needed before the boss spawns so why not. Just note that due to player level and skill, the mobs die quickly so make sure you get there early if you want contribution points.

Onimaru Spawns as soon as the Civilian event ends. The fight takes place in the circular stage at the very top of the map, so that’s where you’ll need to head to. If you aren’t geared, staying within melee range of the spider is deadly, as it can one-shot players with its pounce ability. You’ll want to keep mobile and look out for its attack cues.

Once its dead and you’ve at least evolved a Motor to Rank A which is easiest to do, you’ll immediately get the notification from EVA saying that you’ve passed the test and can now access your S ranked talents.