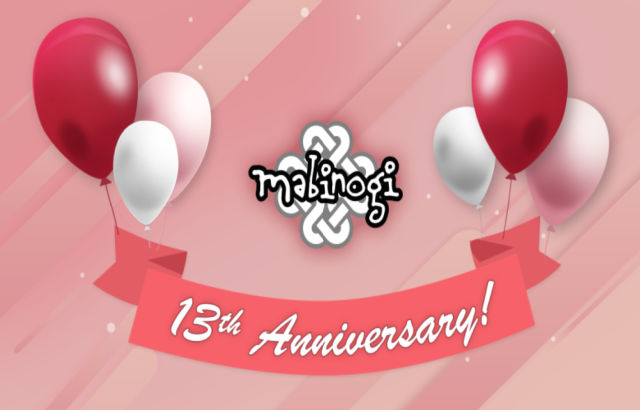 This month, Nexon America is celebrating the 13th anniversary of beloved fantasy-MMORPG Mabinogi! To commemorate this remarkable milestone and celebrate with fans, Mabinogi is offering a series of in-game events for all players starting March 18th. During the event, Milletians are invited to gather in Festia to play new mini-games, collect prizes and daily rewards, explore new content and more.
“It is humbling to be able to celebrate Mabinogi’s 13th birthday with Mabi fans around the world,” said Kenny Chang, General Manager of Nexon America. “Since Mabinogi’s inception in 2008, the MMORPG has grown tremendously in the gaming community and we’re happy to commemorate another wonderful and successful year with more content updates and rewards for all in the magical world of Erinn.”

To participate in the limited-time celebration, Milletians can head over to Festia to meet with festival host Thirteen and register a main character. Upon registration, players will receive rewards for daily logins, including 13th Anniversary Coins for Thirteen’s Shop and Festia Entry Passes to play mini-games. Plus, visit the Dessert Merchant for Cotton Candy and to receive a random EXP buff or AP.
Mabinogi’s 13th Anniversary mini-games include:
Moreover, players can prepare to arm characters with more powerful Spirit Weapons as they add up to three Spirit Transformation Liqueurs. The transformations can now be applied directly from the inventory, allowing players to easily access the powerful boosts.