Hunter X Hunter 2018 Review: Is It Worth Playing?

Hunter X Hunter 2018 Review: Is It Worth Playing? 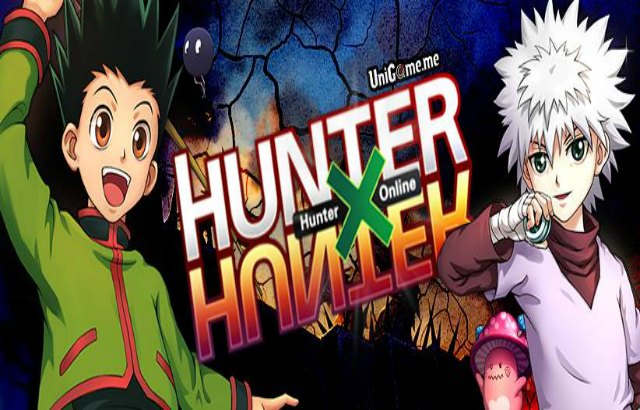 Is Hunter X Hunter worth checking out? We’ve spent some time playing it, and here’s what we think!

What Is Hunter X Hunter?

Hunter X Hunter began its life as a modest manga that soon exploded in popularity. Its first anime series premiered in 1999 (and then another in 2011). The manga was also adapted into quite a few video games. Now it’s a free-to-play, browser-based MMORPG. Fans of the manga and anime will surely find a lot to like here, and if it’s their first MMORPG of this nature, it will feel fresh, but this is definitely not a fresh formula. Almost everything in Hunter X Hunter Online has been seen elsewhere. Fortunately, though, HXH Online (as it will henceforth be called) does it all well.

For the most part, HXH Online plays itself. You tell your party where to go, and they do the dirty work of killing any enemies all on their own. Along the way, you will gain plenty of experience and items to bolster your forces even more and allow them to kill even stronger enemies. It’s a satisfying loop, even if it’s rather hands-off about the entire thing.

What Is There To Do With Gameplay?

Fortunately, HXH Online has plenty to do outside of the story missions, and a lot of it isn’t dependent on Vitality. Solo mode has challenges to complete while, well, solo. Most of them scale quickly, so it’s a process of clearing what you can then coming back later for more, with an exception to the PvP mode, which pits two players against each other to see who is more powerful. That only allows for 5 battles a day. Another solo mode option is the Sky Arena. These increasingly difficult fights rewards Sky Coins, a currency that can be used to purchase various gear and resources. The Arena resets once a day, so the more powerful you become, the benefit it offers each day.

When there’s nothing left to do and you’ve expended all your Vitality, there’s still one last thing that will advance your character: AFK Mode. As one might imagine, AFK Mode is just that, a way to grind without actually having to be present for anything. Sure, the game normally plays itself during combat, but there’s still plenty of clicking to be done while doing nothing. In AFK Mode, none of that nonsense is necessary. It’s also the place where acquire the Code item, and where you get the resources needed to upgrade them. So even if you find yourself playing HXH Online 24 hours a day, then there’s still a good reason to spend some time AFKing.

How Does It Look?

On a technical level, HXH Online is a flash game, a browser-based one at that, so it’s certainly not a graphical powerhouse. It utilizes 3D models and 2D environments. Having 3D assets at all helps to elevate the game a little from a lot of its competition. That, and the game’s animations, are all well done, all things considered. There is a moment that draws you out when the characters jump to their targets to attack, instead of simply moving. But overall, the fights are pretty fun to watch, and you can turn on option to complete all fights at a faster speed. Though graphically the game is all right, there is certainly something left wanting in the English localization. It’s not incomprehensible, but there are a few humorous moments.

All in all, much like other MMORPGs of this nature, HXH Online has a lot in common with an idle or managerial/farm game. It does offer some fun in short bursts, especially when you see your progress grow continually. That’s fun and rewarding at times, but after awhile the repetition sets in. As for the pay-to-win side of things, HXH Online gives you plenty to do, and plenty of wars to earn resources and currencies without spending a dime.