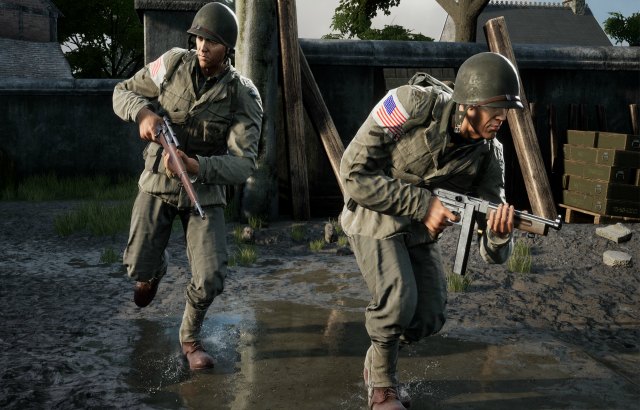 Square Enix Collective is pleased to announce that Battalion 1944 has launched today alongside a major new update Battalion 1944: Eastern Front and will feature integration with FACEIT, the largest global online competitive platform.

Big things are happening in Battalion 1944 as Bulkhead Interactive are also releasing an exciting update that introduces the highly anticipated Russian faction.

Other new features included in this update are:

With currently more than 12 million users and over 100,000 concurrent players, the FACEIT platform aims to empower and grow the competitive ecosystem of the game titles it integrates with. The integration between FACEIT and Battalion goes deeper than ever before: thanks to in-game widgets and an in-game overlay, players will be able to access the main FACEIT features, including competitive matchmaking, rankings and leaderboards, without leaving the game. For those players who prefer the traditional FACEIT experience, Battalion will be available through the FACEIT client and website at www.faceit.com/en.

“We are excited to work with Bulkhead Interactive to provide the Battalion 1944 community with an engaging and rewarding competitive experience at launch. For the first time we will manage the entire competitive life-cycle of the game which will be accessible within the game client as well as the FACEIT platform, ensuring players have the most seamless experience to play competitively. This will be the first integration of this kind with many more to come and I can’t think of a better partner to be the first developer to take full advantage of the series of developer tools that we have built through the years,” said Niccolo Maisto, CEO & Co-Founder of FACEIT.

Joe Brammer, CEO of Bulkhead Interactive, is eager to let fans get hands-on with the full launch of Battalion. “I’m so excited. Early Access isn’t easy but the feedback from the community has been imperative to this massive overhaul of the game. I love that we took a step back and pivoted to target people’s core issues such as Time To Kill and wanting the game to be more like the older classic titles. We’ve kept sprint in the game, but there are so many new features that will feel familiar to classic FPS players.”

Brammer also goes on to talk about how the studio has grown and learnt a lot during their early access period. “We had a lot to improve on but I think it shows in the full release of Battalion 1944. Personally, I’ve learned a lot about being accountable to players and communicating issues from the players across all social media to the developers who are toiling away on the game. I think that link between the players and devs is now more important than ever in 2019.”