ICYMI: Neverwinter's Tomb of Annihilation Is Now Live For PC

ICYMI: Neverwinter’s Tomb of Annihilation Is Now Live For PC 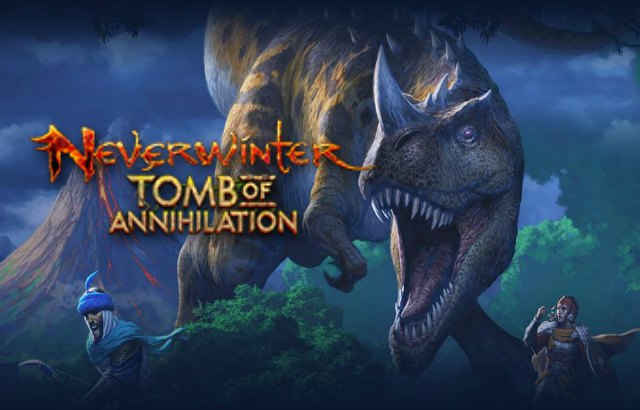 ICYMI: Neverwinter’s Tomb of Annihilation Is Now Live For PC

For all you Neverwinter players that are living under a rock, here’s some great news. The new Tomb of Annihilation content update is now live for the PC. No word on a console release at the moment, but it’s definitely on the radar.

You can watch the launch trailer at the end of the article below. There’s a Jurassic Park type feel to this update, which is pretty cool. The creature designs are incredibly fresh and unlike anything I’ve seen before on Neverwinter. The content expansion takes place in the Jungles of Chult setting, and you’ll find lots of dinosaurs alright. There’s also a bunch of new quests, endgame dungeons and locations to explore.

In addition to new PvE content, there are some shiny new features as well. Players will receive an additional bag slot and private PvP queues which is awesome. Getting into pre-made groups and queing up for battles will now be super convenient than ever before. Furthermore, there’s new dinosaur mounts for you collectivists to go grab, and repeatable adventures as well.  For more information on Tomb of Annihilation, head on over to the official site through this link here.