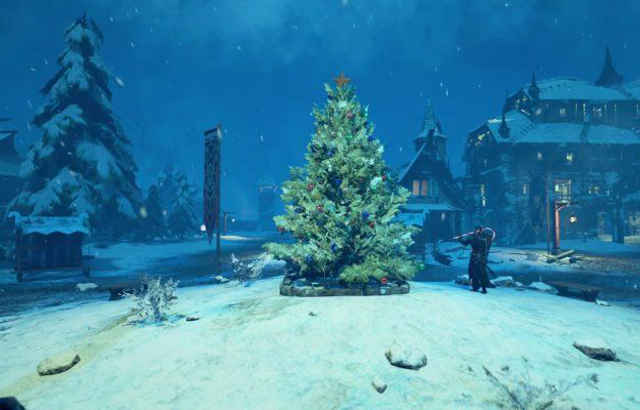 Interpid Studios Reveal First Look Of The Weather System In Ashes of Creation.

Ashes Of Creation is an upcoming sandbox MMORPG set in a fantasy realm. As you can see in the video below, not a of gameplay details were provided. However, after examining the video closer and closer each time, i have found a few interesting things to expect from AOC. First of all, the graphics, the game footage is spectacular. I don’t think that i was impressed so much by MMORPG graphics since i have played Skyrim. Of course, it has been a while since Skyrim was out and plenty of other astonishing games have been released. But, i guess my affection for the realm set in Skyrim messed my mind. Since i’m always looking for my next addiction, AOC definitely has the potential to become my main time eliminator.

We don’t know much about developer, Interpid Studios. They don’t have previous big titles, and their website lacks a lot of information. However, they do invite you for alpha testing.  Hence, AOC isn’t even in beta yet. It could take a while until Interpid Studios will publish their game, as no information about a release date was exposed. For the meantime, the weather system is mesmerizing. We have updated earlier in January about the revelation of the Node system. Therefore, i assume that the developer is progressing with AOC and i don’t expect too many time until the game will come out.

Since AOC is the first title of Interpid studios it will be interesting to witness it’s development. AOC requires a top notch game engine to support their graphics. Servers for the game are going to cost a fortune. It seems like AOC is going to be a download game because good graphics mean heavy processes. It is way harder to support a heavy game rather than a light game. But, in our era, a good game is worth downloading.

What do you think? Please share your thoughts with us.