Is Eternal Magic Open Beta Worth Checking Out?

Is Eternal Magic Open Beta Worth Checking Out? 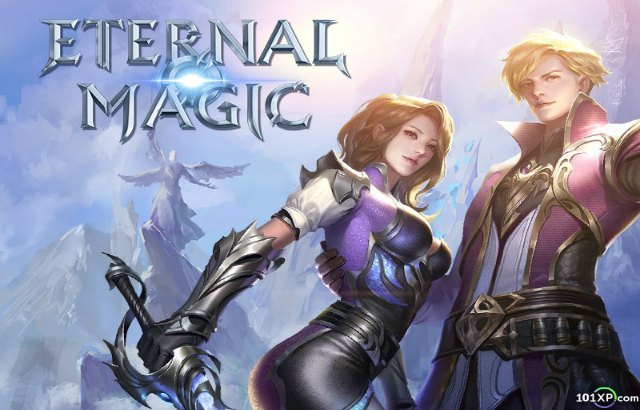 Eternal Magic is an upcoming MMORPG by 101XP that’s currently in open beta. Available for all players for free, all you need to jump in is an account and the client download. Here’s some insight into what you can expect from this upcoming free to play MMO.

Eternal Magic is a Chinese theme park MMORPG that’s brought to the West by Russian company 101XP, and the game will be free to play at launch. The game has 6 classes to pick from with basic trinity in-play and then you can further customize that with builds later on.  There’s no gender locking, but character appearance is very limited. Players in the open beta can only level up to the cap of 60, but will be higher at 70 when it goes live. Additionally, there’s no restrictions on what content you can do in both PvE and PvP, which Eternal Magic has in abundance. 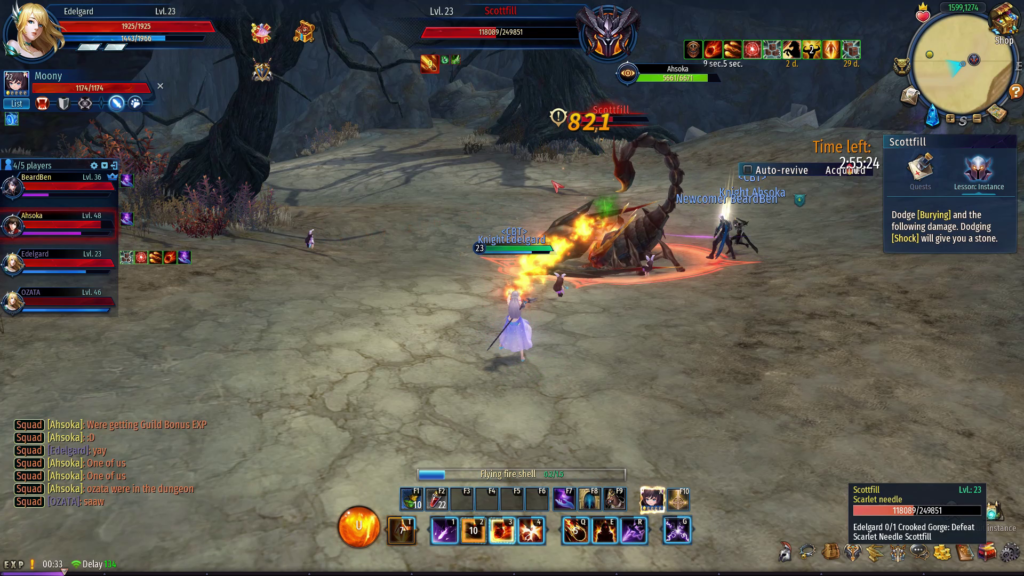 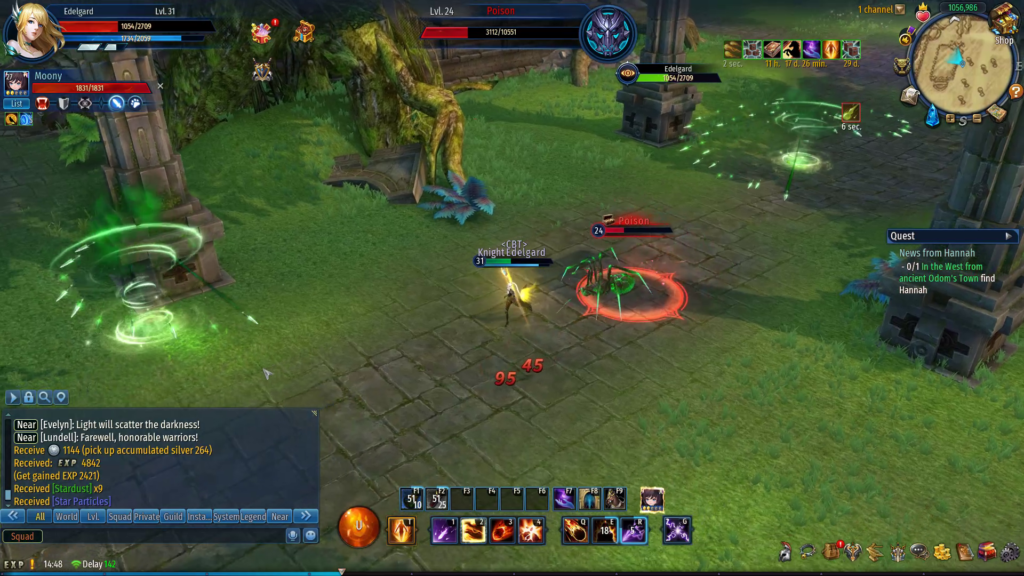 For PvP, Eternal Magic will launch with multiple modes like GvG, battlegrounds and MOBA style of modes. There’s 4 of them that you can queue for once unlocked at level 35, and each are 10v10 with varying objectives like point control and capture the flag. I wish I could tell you more about them, but unfortunately, the bloody queues never pop, at least if you’re queuing solo. On the EU server and at peak times, I could sit there for over an hour, and see people begging for more players to queue in chat, but nothing happens. 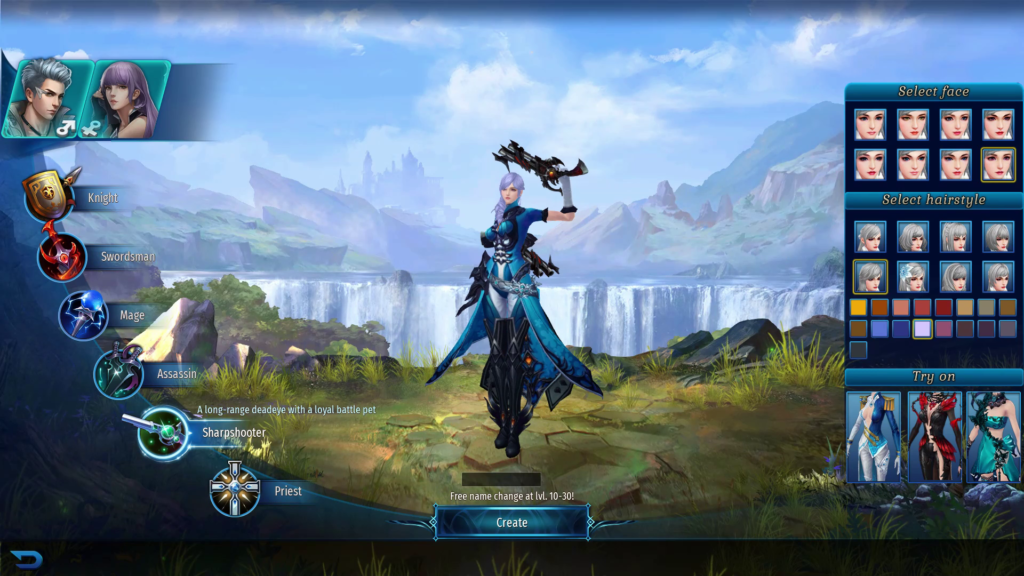 Progression-wise, honestly everything on offer feels like a hodgepodge concoction. There’s a quite lot of stuff thrown at you, and I’m trying to identify the real important things to focus on, versus the fluff. So let’s talk about the main things. The pet progression system is pretty key, because they will fight alongside you and earn XP, which gives you access to their skills and some of em are pretty damn powerful, good enough to melt bosses. You can collect more pets, upgrade their level and quality, give them equipment, and send them on passive time-based expedition missions for XP and treasures, a kin to something like WoW’s Garrison system. For gear, you have an upgrade system to increase an item’s star level that is free to do below level 60, and it appears to require materials and may have a chance to fail after that safety threshold, that’s just my guess though, since we can’t progress beyond level 60. Then there’s gear enchanting, where you spend either currency or resources to upgrade a specific stat. And rounding it is the rune system for socketing in gear pieces, and spirit system. Elsewhere, you have a basic crafting system for gear and resources, a guild system for contribution points and other buffs, the rest are, somewhat typical of a free to play eastern MMO. 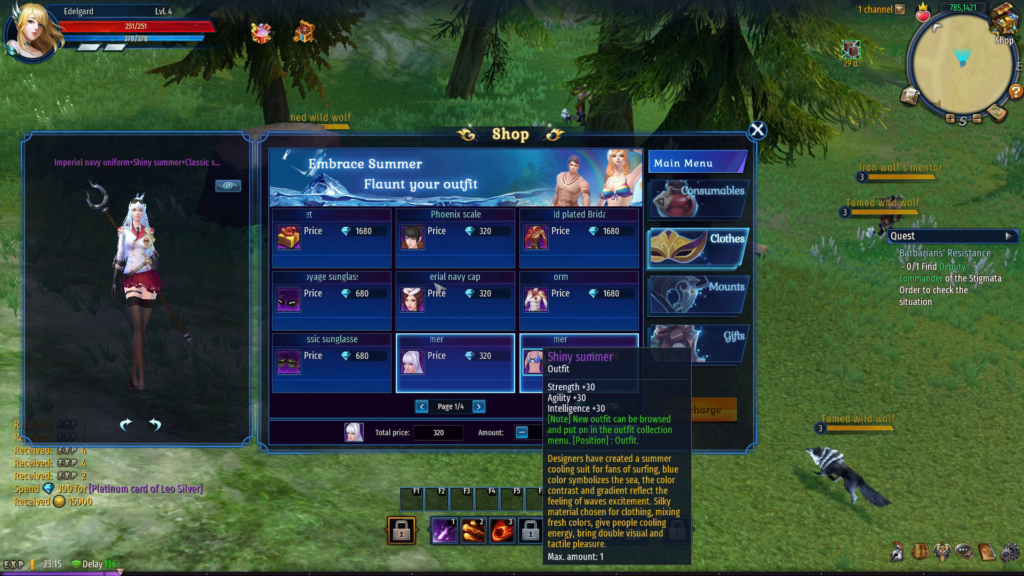 And of course, we can’t end this without talking about the game’s monetization systems. As mentioned earlier, Eternal Magic will be free to play when it launches, so there is a cash shop and its contents and influence within the game is a mixed bag. One hand you have costumes that offers flat stats for your character, for example chest pieces and bikini tops for females offers a +30 to Strength, Agility and Intelligence, while the other cosmetics are just that – costumes to show off. In the other sections of the store like Mounts, Consumables and Gifts, you’ll largely find convenience type stuff like faster mounts, pet items, upgrade items and you can even buy in-game gold and silver to purchase equipment and goods from vendors, and I have no idea if they’ll change things for the game’s official launch and from where it stands, you could argue that it’s leaning toward pretty advantageous and the only thing left that I haven’t seen is how much the premium currency called Elirs costs for real money.