Is The Epic Store Better Than Steam? Here's 5 Things To Think About

Is The Epic Store Better Than Steam? Here’s 5 Things To Think About 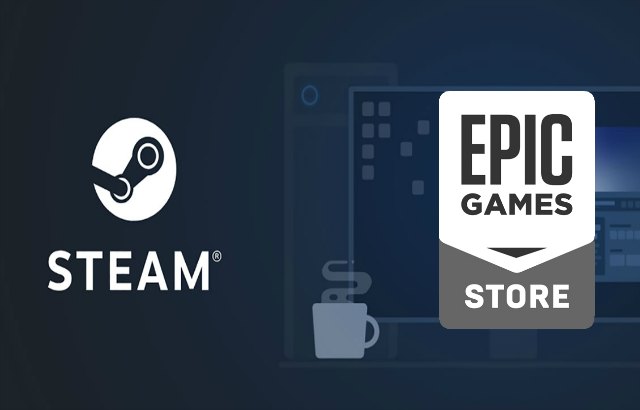 Steam finally met its match in 2019, in the form of the Epic Games Store. The creators of the juggernaut Fortnite announced its own platform store back in December 2018 and has since pulled several rabbits out of the hat in the form of exclusive game launches. For example, Dauntless will be an exclusive on the Epic Games Store moving forward, as will Metro Exodus, which has yanked itself from Steam in order to do so. Let’s start by saying competition is good for consumers – we the gamers – as we can now have options. However, the Epic Games Store has a long way to go before it even reaches a level on par with Steam, in terms of store functionality, accessibility and of course, catalogue. Its lure to game developers and publishers is that it takes 12% of the profits, way lower than Steam’s reported 30%. That’s good for them, but what about us? Here’s 5 reasons why and where, Epic needs to up their game to match Steam.

Achievement systems are big for gamers these days as it gives us something to accomplish and keep track of in the games we play. Steam’s achievement system combined with its nifty in-game overlay makes this a core feature we all like, but never gave much thought about. It’s hard to imagine playing future games like RPGs where there aren’t achievements to unlock. Similarly, Steam’s massive game catalogue makes Wishlists a godsend, as we can keep track of when they go on sale which by the way, happens multiple times a year for the benefit of gamers. Epic’s game store could use features like these but until then, remains bare and pointless.

Arguably the most important advantage Steam has over Epic, is regional pricing. For gamers outside of the US and EU, games on Steam costs way cheaper when bought in local or regional currency. This has made gaming incredibly accessible and affordable to billions around the world. Due to regional pricing sometimes certain titles are region-blocked in parts of the world where publishers can’t overcome more complicated issues like tax, which in hind sight is a small compromise. Epic’s store uses a singular currency at the moment and if it truly wants to a slice of Steam’s world wide reach, will need regional pricing for future games.

Steam is probably not the bastions of consumerism when it comes to gaming, but Valve’s store at least covers the basics. User reviews are integral part of making the store consumer friendly, allowing us to quickly or comprehensively know if it’s worth buying a certain game. The Epic Store doesn’t have reviews at the moment which is rather shady. Additionally, Steam’s refund policy and customer service, on top of its store design and even the console Big Picture mode are all available to make the experience better for us, and it’s safe to say we take it for granted at times. We’d kill to have even half of Steam’s functionality on more established stores like Ubisoft’s, Origin and even GOG. So until we get features that helps consumers rather than not, Epic’s store will be playing second fiddle for many players. And we haven’t even talked about modding and the Steam Workshop, which is a huge reason why people stand by Steam.

The cloud save feature is fantastic for Steam games. You could play a save file across numerous devices, wherever you are in the world on one account. That’s a nifty feature that is hard to beat, considering the Epic Store doesn’t have it yet. Not to mention Steam lets you play games in offline mode which is great for those on bandwith quota, in addition to having numerous other basic functions that when taken away, feels hard to live with. That’s what Epic is up against – multiple years of improvements and Steam has taken a long time to get to where it is.

Last but not least, Steam is also a lot more personal, and sociable for us gamers and our communities. Everything from Profiles, to groups and even livestreams, these are core modern social features that makes the platform a one-stop-shop for games, gaming and gamers. Epic’s Store right now is just a shell, so it’s going to take more than Epic paying developers large sums of exclusivity money to convince non-Fortnite players to jump ship.