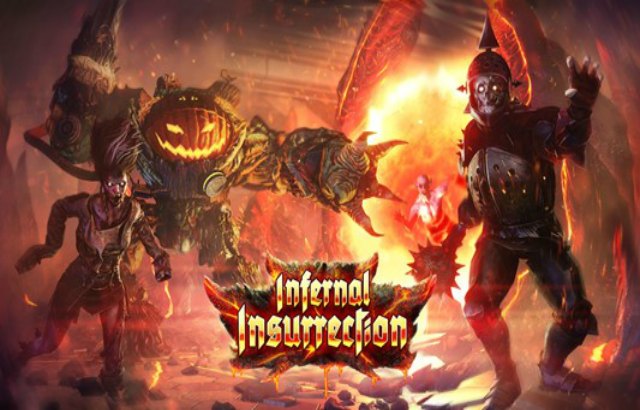 Tripwire invites players to celebrate Halloween early this year with today’s release of the free Killing Floor 2: Infernal Insurrection seasonal update. Out now and running until Tuesday, November 10 for PlayStation®4, PlayStation®4 Pro, Xbox One, Xbox One X, and PC via Steam and the Epic Games Store, today’s update brings the heat with new weapons, Halloween-themed zeds, and a brand new map inspired by the famous King’s Cross railway station.

Today’s Killing Floor 2: Infernal Insurrection update launch also follows the title’s recent debut on the Epic Games Store as a free title in July along with the introduction of PC cross-play between Steam and Epic Games Store players. With over 11 million new Killing Floor 2 downloads since July, there’s never been a bigger, better or more brutal time to join the fun for 6-player co-op and 12-player VS battles!

Killing Floor 2 players can also update their armory further with the new Minigun for the Commando class, Mine Reconstructor for the Field Medic, and a variety of cosmetic and weapon skin bundle specials. Head to the official Killing Floor 2 website for full details.

To celebrate the release of the update and the Halloween Season, Tripwire will be participating in a number of ghoulishly good Halloween Sales promotions!  Be sure to follow Tripwire’s social channels for information on special sales discounts coming in October!