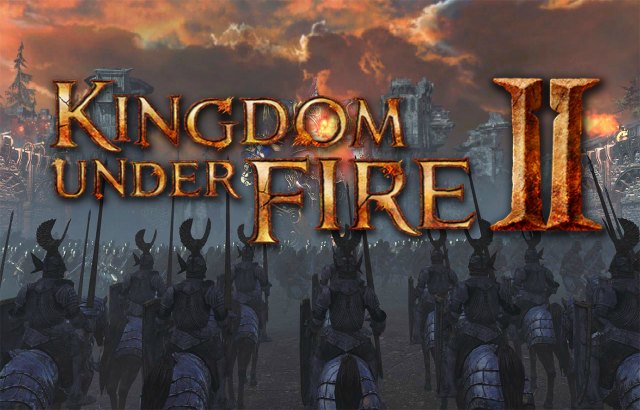 Kingdom Under Fire 2 is brand of hybrid MMORPG and Real Time Strategy gameplay, featuring large scale action packed combat which all unfolds in a visually rich fantasy world for a buy to play entry fee. So what is Kingdom under Fire 2 all about, and is it worth checking out? Let’s find out.

If you’re a fan of the Kingdom Under Fire franchise from Korea, you pretty much know what to expect here. For the benefit of new players, Kingdom Under Fire 2 is the long awaited sequel. It’s a buy to play game that costs 30 dollars for the cheapest package, and you’ll start by selecting to play as one of five available classes. It’s a mixture of non-selectable race and class combos, but each comes with an opening story cinematic if you want to know your character’s back-story and how you end up in this fantasy world, in addition to gameplay differences, mostly in choice of weapon wielded, combat skills and fighting styles, for example, ones better with AOE or single target over another. It’s not as in-depth with it’s character creation either, but that’s not where the strength of KUF2 is at.

Kingdom Under Fire 2 is an MMORPG that’s fused with RTS mechanics, similar to other games you may have heard of previously, like Conqueror’s Blade or Tiger Knight Online. In the tutorial, you’ll learn about controlling your character in 3rd person, and you’ll have access to hotbar skills, mouse click skills combos and more, which we’ll explore further in combat section of this video. KUF2 on the surface is broken down into two distinct modes. The first is the Third person aka the action mode. This is where you’ll spend majority of your time in with the PvE as you run around questing in the instanced maps, or in town to craft.  The other is the strategy mode, where with the hit of a key, your UI transitions smoothly into a top down view ala Total War Style to control your units and micro-manage their targets and abilities. 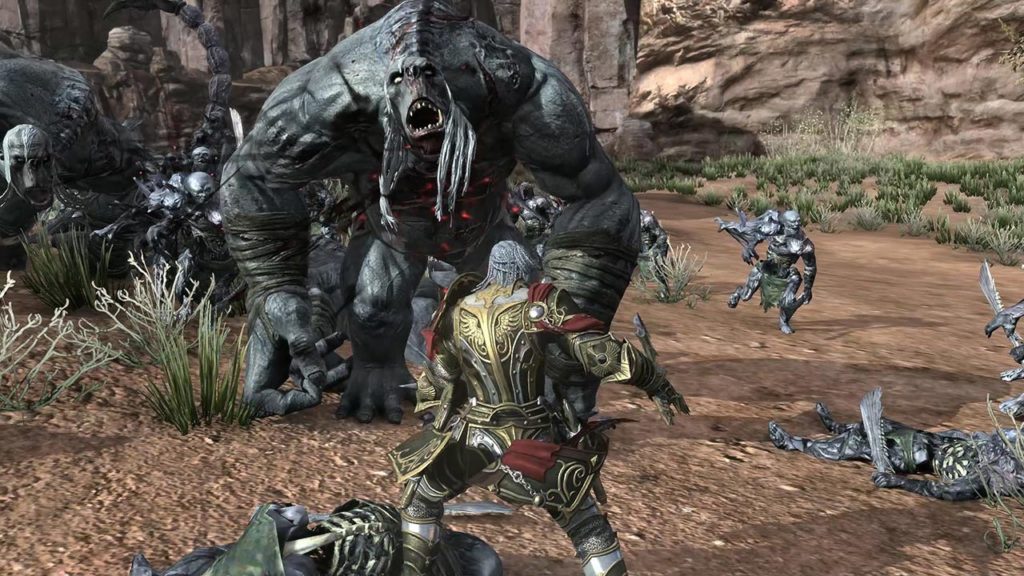 Let’s break down the nitty gritty now, and that’s the game’s combat system utilizing those two modes. As an action MMO, there’s no tab target so you’ll do your aiming manually as you execute a range of skills and spells that your chosen class possesses. In open world content, you’ll find that things are more familiar. There’s quests featuring kill and fetch chores, and combat here is basic – kill a bunch of mobs to complete the objectives. In Missions, things get way more interesting. You’ll still use your third person abilities, on top of special finishers that can be used on downed enemies, lieutenants and bosses. Your characters get stronger with more levels thus unlocking powerful combos down the line, and you’ll also need to get used to commanding armies in combat. These missions are timed, and almost dungeon-like because of the way they’re structured, with story beats and branching objectives. They’re harder than open world content, but you do have back up in the form of your armies and units and if you’re playing with other players, then their hero characters and units too. All players will begin recruiting army units shortly after the tutorial, and they come in different classes too, ranging from melee defenders, to wizards and archers. Each of them are further distinguished by faction, race and rarity, which also means they have unique abilities and talents that gives you the freedom to build the ideal army composition in the late game through KUF2’s barracks and unit level up system.

When it comes to army unit combat, it’s all about knowing how to use what you have, in the given scenario. There’s a bunch of hot-keys you’ll need to memorize quickly including orders to follow your character, offensive mode, defensive mode, and then there’s the individual hot-keys to fire off their abilities as well. The AI isn’t very smart so the best thing to do is hit the tab button to transition into the RTS view, and manually micro-manage your units. At the beginning it’s okay with just one unit, but in the late game you can bring a lot more into battle, which means the amount of work you’ll need to do besides the usual third person combat can be either a fun or tedious challenge for you. I found it to be both, but as usual the more you play, the better you get at executing things quickly. So with these two combat elements mashed together, what you have is a chaotic action war game that has some serious potential to offer you fun, and mid-way through the leveling, I think it is the game’s strongest point. Where combat falls slightly short for me is in the aesthetic department. Abilities and weapon impact is almost non-existent and even with screen shake it just doesn’t feel as good. Aiming is another minor disappointment for me, as sometimes skills intended for a cluster of mobs goes horribly wrong due to the game locking you into full combo animations which doesn’t quite keep up with the pace of how fast the waves of enemies go down. Most missions will also have some form of boss fights, and here is where things pick up in difficulty real quick, especially for new players who are still coming to grips with micro-managing both character and army units. Otherwise, the combination of MMO action combat and RTS actually works well in this case. 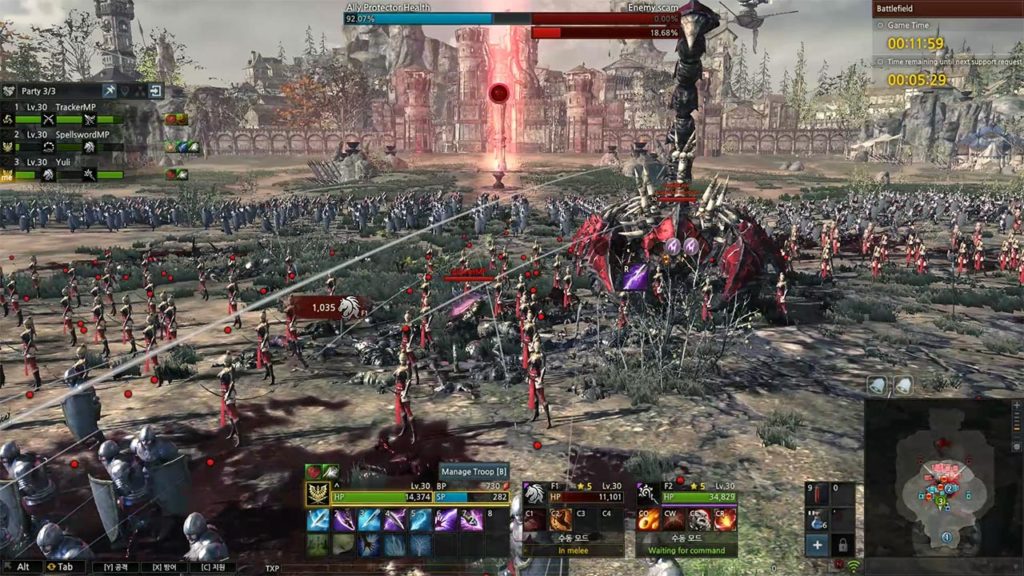 For progression, the basic thing to know is that the level cap is 30, and your character earns XP from kills, quests and missions, unlocking new gameplay features like PvP, access to guilds, factions, crafting and more, all from following the main story campaign. It will feel like one giant tutorial at first, but it makes sense as there’s so much gameplay mechanics that you’ll eventually appreciate the game spreading them out over time. Level 30 might also sound like a short journey, but trust me, it takes a while to get there, because there’s a ton of content to do before you hit the cap.

The more important aspects of progression in KUF2, is the gear and army units. MMO rules applies here. Better gear and gear rarity means better stats for your characters, so keep them updated as you level with quest drops, mission rewards, crafting or from the auction house. There’s an enchanting system too if you were wondering. Equally crucial for your success in missions is the barracks system. In here, you’ll find your roster of units, their level, their abilities and more. It’s important to figure out your ideal composition and start getting them XP early on by using them in Missions. Units with enough XP can then be promoted, granting them better stats and abilities which will make your life a lot easier. This is partly where the grind happens in KUF2, because from the mid-game onward active unit slots are limited and level-locked, so if you messed up leveling the wrong unit, it’s time to farm the same few Missions at your level again. Thankfully, there’s also items and consumables to help quicken the process of leveling units, but they are somewhat rare to obtain. Therefore, joining a guild early on can be a big help as guilds do have beneficial buffs, plus getting more players to run group missions makes the process quicker as opposed to going solo.  Outside of the important stuff, there’s mounts to obtain, titles to wear and cosmetics to show off, all earnable in-game by simply playing, separate from what’s available in the cash shop. 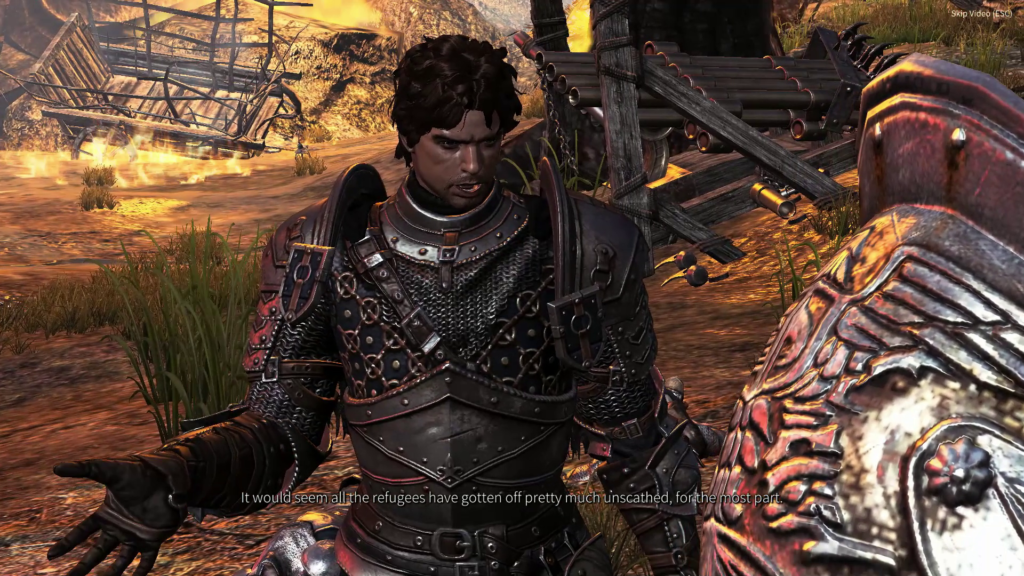 Not going to lie, the amount focus that developers Blueside has dedicated into making KUF2 a visual heavy game is somewhat impressive. From the early moments of the tutorial all the way up to level cap, through all the PvE missions and quests, you’ll be bombarded with cinematic transitions that seamlessly combine the game’s narrative storytelling, complete with consistent voice acting to boot. The subtitle translations are not the greatest out there, but nevertheless I appreciate the amount of work put into this department, as it makes the gameplay and leveling process a lot more interesting, knowing that there’s a story to progress and it involves watching dialogues and cut-scenes play out, instead of having just the usual click to read quest text, which it does have as well, but it’s a good mix overall. In large scale combat visually it can either be a glorious sight or an eye sore depending on how good your gaming rig is, and only when you start paying attention to the finer details like textures of units and objects that things become dull. Performance-wise I did experience texture pop-ins, where objects and terrain suddenly appear on screen, and no amount of setting tweaks can fix stuff like that, but otherwise no other complains from me. The game looks good where it matters if that’s important to you. 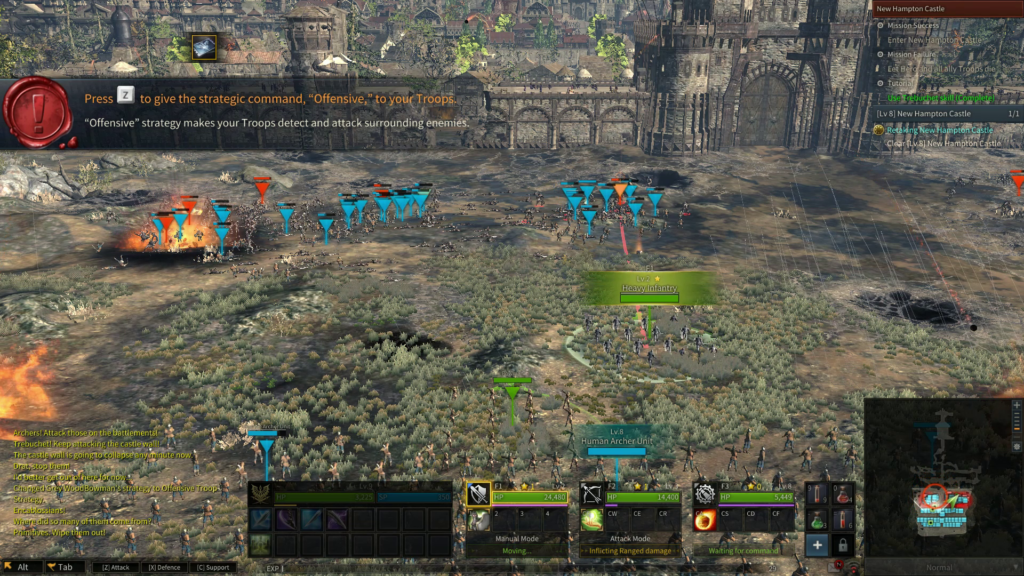 What’s in the Cash Shop

Okay, let’s talk microtransactions. The game does indeed have an in-game cash store, with two currencies to use, one is a cash to gem convert, while the other can be earned in-game by playing through the content to buy most of the same things the premium gems can. You’ll find cosmetics aplenty, alongside several minor buffs and boosts for characters, including a 30 day subscription like package that offers bonus to troop training, gold and the ability to expand bag slots among other things. Again, players won’t need to spend real money on these as the non-premium currency aka cubes can be earned in-game. What you won’t find is blatant pay to win stuff like gear or high-end troops, and no Lootboxes too which is commendable.

Is Kingdom Under Fire 2 Worth Playing?

In conclusion, is Kingdom Under Fire 2 worth the buy to play price to check out? If you’re feeling adventurous and want to try something different within the MMO genre, then I’d say it’s worth looking into. MMORPG and RTS hybrids are uncommon for sure, and there’s a reason for that. Not many games can pull off a formula that actually offers substantial progression, a decent enough PvE story-line, a substantial enough combat system, PvP and hold back on pushing cash shop advantages down your throat. KUF2 delivers on most of that, which kind of explains its buy to play price of 30 dollars. In fact for what it offers and where the quality of the game overall is at, I personally prefer it to its competitor, Conqueror’s Blade which is free to play. For concerns, right now from what I’ve observed, the player base is kinda low from my experience of waiting in mission party queues forever in prime time EU, which is worrying in the long run, and should the game eventually go F2P then perhaps we might see more cash shop shenanigans. But to be clear, I somewhat enjoyed KUF2 more than I thought I would, and with it being B2P I can see myself returning once in a while if I need a Dynasty Warrior fix with  an MMO feel.