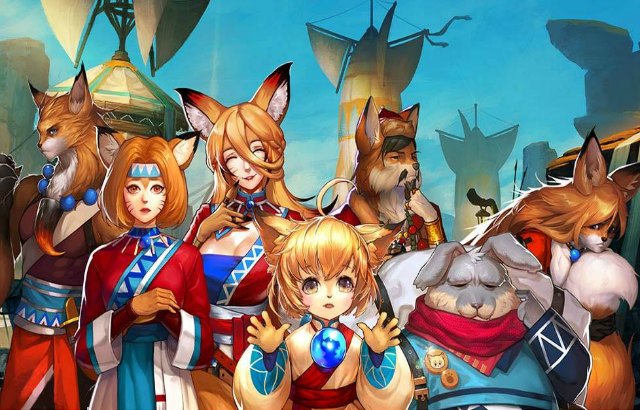 En Masse Entertainment, a player-driven publisher focused on delivering great games and great service, today will be giving fans a first look at the next update coming to their stylish anime action brawler, Kritika Online. Starting today at 4:00PM PT / 7:00PM ET, the Kritika Online team will be hosting a first look at some of the changes and new content being introduced with the Windhome update!

Set for release on live servers on April 18 Windhome introduces the first level cap increase for player characters since the games release in 2017, raising the maximum level from 65 to 70. With the increase in the maximum level comes the brand new Windhome region, home to the Fox clan who will help players as they journey through new danger zones within the region. New gear featuring the new Prime Attribute system, which unlocks a powerful array of special abilities, and upgrades for existing gear will also be included with the update.

Be sure to tune in to the En Masse Entertainment Twitch channel today at 4:00PM PT / 7:00PM ET for a first look and more details about the Windhome update for Kritika Online, set for release on April 18: https://www.twitch.tv/enmasseentertainment

In Kritika Online players can now select from six unique character types—the fierce Warrior, the magical Gunmage, the agile Rogue, the deadly Reaper, the agile Psion or the Monk fighter. They can play solo or team up with friends to rampage through fast-paced levels, defeating enemies and super-sized level bosses using mega blades, alchemical superguns, and dazzling acrobatics.