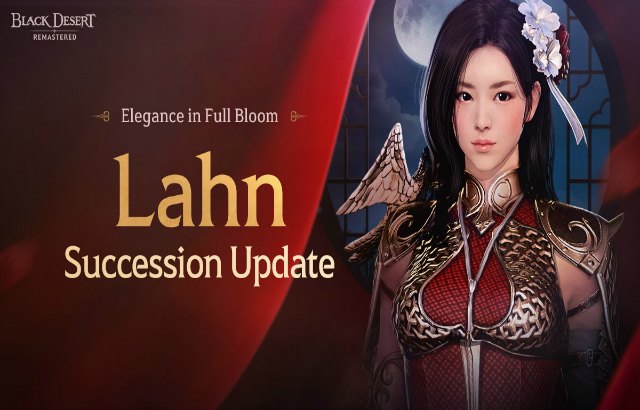 As the series of Succession updates comes to an end, Black Desert SEA has revealed one more update for one of its most popular classes. Starting today, Lahn’s Succession update will add a new dimension to gameplay and allow Adventurers to enhance their skills to gain more power.

Adventurers who are level 56 and above can start learning Succession skills to further enhance their Lahn classes. These skills can be unlocked once a series of associated Black Spirit quests are completed. A special event will take place until March 11 to celebrate this new update. Adventurers who reach levels 56 through 60 can receive special in-game items depending on the level reached.

Main quests in the Kamasylvia region have also been redesigned. An improved quest path and richer storyline will provide Adventurers in this region with a more coherent experience, including a whole new perspective on Kamasylvia’s lore and a better understanding of the relationship between key characters and groups. These new quests are available for characters that are level 58 and above.

Horse enthusiasts will be pleased to know that there are also four different horse-themed events taking place this week that will help breeders get higher-tier horses. Materials for the “How to Train Your Courser” event can be obtained by fishing, gathering, and defeating monsters. Until March 4, all horses will receive +50% EXP points. Additionally, tier 6 and higher horses will spawn randomly throughout the event period. Breeding success rates have also increased, and there will be an “Imperial Certified Horses” event that allows Adventurers to earn further special rewards.