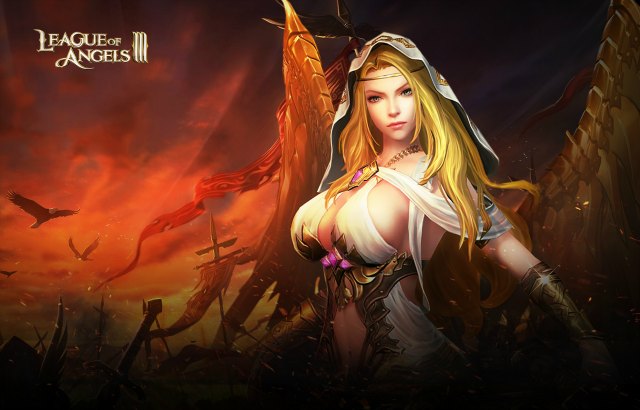 League of Angels III’s Daun, Prince of the Black Dragons, has endured a life of enforced exile. After his father and brother were punished, for transgressions against the Angels — the rebellious Daun abandoned their throne. He spent years wandering the Grace Continent, only returning to the Black Dragons in an attempt to restore the throne to its rightful owners; and offer his family a better, more settled, life.

He is the first male Mythic Hero in League of Angels III and will be available in Featured Hero Events, offering players a great opportunity to win this powerful Mythic DPS Hero.

League of Angels III will be celebrating Silver Dragon Day this month, an event marking the establishment of the Silver Dragon knight and the death of the former Silver Dragon King. In memory of Silver Dragon King, this themed event began on June 5 and included a new SUP Mythic Divine Arma ‘Dawn of Glory’ — still available in the Angel’s Fortune event. A new legendary companion ‘Woods Nymph’ can be found from today — in the Egg Cracker event. While new outfits ‘Crystal Feathers’ alongside a new achievement ‘Silver Dragon Knight’ arrives in-game June 15. Come June 22 a new mount ‘Feathered Dragon’ will be available too.

Tons of themed rewards can be claimed during these events — so don’t miss out on this chance to increase your Battle Rate!

Our V5.4.1 update has also added a new feature: ‘Magic Circle’. Players can now unlock many different bonus Runes that can increase your Effect Resistance. These Runes can also protect you from Control Effects used in battle against your Heroes. Magic Circle cultivation resources are on sale in Angel’s Treasure — with lots of Hero, Companion, Relic and Divine Arma Resources for players. You’ll never have a better chance to enhance your Heroes battle attribute!