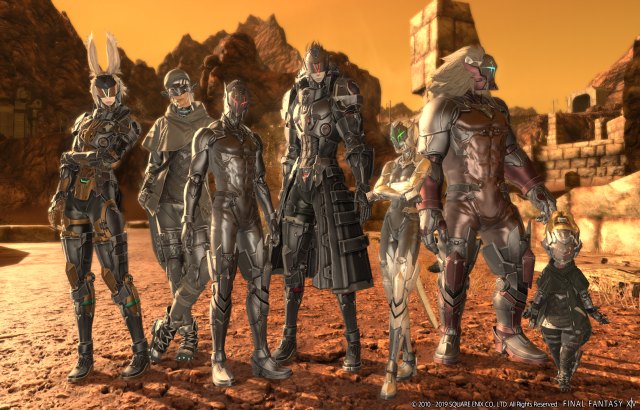 Square Enix announced today the release of Patch 5.11 for FINAL FANTASY® XIV Online. The latest update to the critically acclaimed third expansion, Shadowbringers™ calls on Warriors of Light to work together and bring glory back to Ishgard.

Following the recent release of Patch 5.1, Vows of Virtue, Deeds of Cruelty, Patch 5.11 is headlined by the Ishgard Restoration content—a new type of gameplay experience which requires players across entire Worlds to collaborate through various means to restore and revitalize the Holy See of Ishgard.

Patch 5.11 brings additional challenges and content, which are detailed below:

Players can also look forward to more content in the coming months—Patch 5.15 will continue this patch series with the following updates:

Players new to FINAL FANTASY XIV Online are invited to download a free trial to access content up to level 35, create up to eight playable characters and experience the different playable races, classes, and jobs with no restrictions on playtime. New players who wish to experience the free trial may register here: https://sqex.to/FFXIVFreeTrial.

FINAL FANTASY XIV: Shadowbringers is the third expansion for FINAL FANTASY XIV Online and has received acclaim from critics and fans alike since its release in July 2019. Packed with striking new environments, the new gunbreaker and dancer jobs, Hrothgar and Viera races, Trust system and much more, it offers players both old and new hundreds of hours of content to explore.