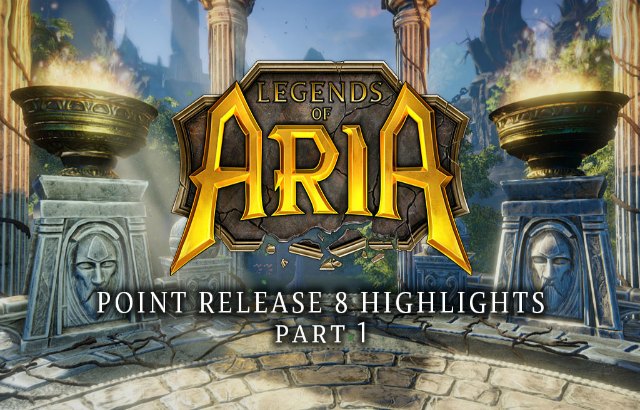 It’s an interesting week for classic Sandbox MMORPG Legends of Aria. Firstly, the game has permanently reduced its one-time purchase fee by 10 dollars, dropping from 29.99 to 19.99 USD. The game has also launched it’s premium subscription plan, and for 10 bucks a month, players on the sub will get benefits like multiple housing plots, one extra character slot per server, and weekly store gems to spend. You’ll also receive tax exemption and exclusive premium rewards and other perks the longer you stay subscribed, so think of it as a loyalty program.

Martial abilities adopt many of the characteristics of mage casting, but unlike spells, martial abilities consume a new resource called Bloodlust. Bloodlust is generated through the use of Martial Shouts which operate similarly to a battle stance. An offensive shout allows for the generation of Bloodlust through damaging and killing opponents, whilst defensive shouts generate Bloodlust through damage taken. Only one shout may be in effect at any time.

If you’ve not heard of Legends of Aria before, here’s a refresher. The game is a living, breathing MMORPG in which you explore a true open world without limitation. Build, explore and adventure with thousands of players in a living breathing world defined by you.

Check out the updates notes here.