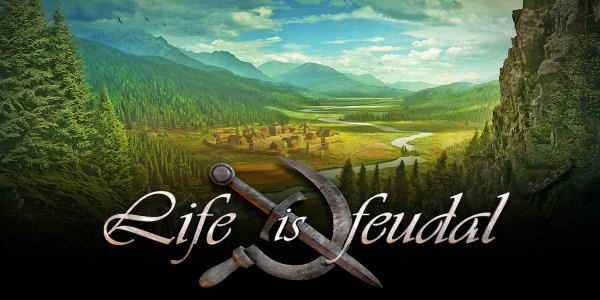 Life Is Feudal is finally kicking off its second closed beta testing this month. The open world sandbox MMO took some time off but are making a come back.

The second closed beta will be live for two weeks. Players who are current backers that have bought the pre-order are eligible to start testing.

Players who are excited for the game’s release should be happy about recent developments. The game is coming along nicely amidst rumors of more convenience system for players.

Besides the main game release, the developers have another trick up their sleeves. A new mobile app companion for Life Is Fuedal is in the works. Within the app, players can participate in fun mini games where you can store your results for later use in the main game.

The mini games includes carpentry, forging, bowcraft, gathering, mining, logging and preparing materials. What’s cool is that playing the mini games will grant players crafting bonuses in the main game. The scale of the boost will depend on your app scores.

I love it when MMO developers think outside of the box like how Life Is Fuedal has done. By integrating mobile apps to directly impact the enjoyment of the main game is a clever idea. More games should do this in-fact, as it keeps players hooked on the game as a whole.

There are plenty of companion apps for MMOs out there that only provide basic information. Some will show you stats and gear, while others show you server status. So it’s refreshing to see an app that provides engagement to the core game.

What do you think? Would you like to see more proactive companion mobile apps for the MMOs that you play? Let us know in the comments below.