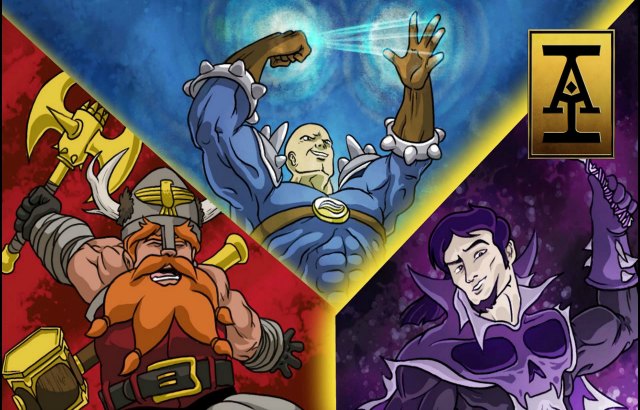 Neverwinter players who are also big Dungeons & Dragons fans, you are in for a treat. Neverwinter’s latest module, The Heart of Fire featuring Acquisitions Incorporated; the famed Dungeons & Dragons adventuring company created by Penny Arcade’s founders. Coming to PC on November 6, the latest story for the free-to-play MMORPG whisks players across the Sword Coast in an original Acquisitions Incorporated adventure, penned and voice-acted by Jerry Holkins and Mike Krahulik of Penny Arcade fame, along with Amy Falcone as Walnut Dankgrass.

This update features a hilarious take on storytelling in Neverwinter, an Acq. Inc. Campaign including membership access to the new headquarters in Protector’s Enclave, a Professions system overhaul, a new Skirmish and much more!

“We’ve looked for opportunities to work with the talented folks behind Acquisitions Incorporated for a long while now and the stars have finally aligned,” said Gordon Fong, executive producer on Neverwinter. “Many members of the team are huge fans of the world Mike and Jerry have created, so bringing their stories into the game was both an honor and a pleasure.

Both fans of Neverwinter and those new to the game have a lot to look forward to in this module. From a witty writing style that’s unlike previous tales we’ve told, to the exciting antics that await freshly minted Acq. Inc. employees, we know there’s something in The Heart of Fire for every D&D fan.”

A job faire goes horribly awry in the Blacklake District when Walnut Dankgrass (Amy Falcone) asks adventurers to eliminate the competition who are potentially luring eager prospects away. Aiding the Druid leads to even greater opportunity: an intern trial at the newly-constructed Acq. Inc. headquarters in the heart of Protector’s Enclave. One exhilarating orientation later, adventurers are set loose on the Sword Coast with a mission from Omin Dran (Jerry Holkins) himself, “Find some giant red rubies!” With the occasional “assistance” from Jim Darkmagic (Mike Krahulik), players begin an expedition throughout the Sword Coast that grows more ridiculous with every request: infiltrate a Beholder convention, battle sky pirates in the Acquisitions Inc. airship and rescue royalty culminating in a marvelous new Skirmish. Additionally, the Professions system is receiving an overhaul which will allow players to own and manage their personalized workshop in Protector’s Enclave.