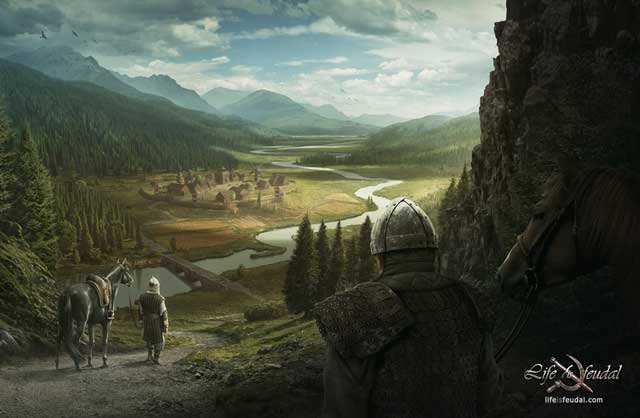 The developer behind Life is Feudal: Your Own have been hard at work updated the game and working on a separate project related to their previously released game; Bitbox Ltd. is also developing a MMO version of the game named “Life is Feudal: MMO”.

Both sames are set in a medieval world and it’s finally been announced by the developer that, the MMO game is moving from Early Access and will be entering its first Closed Beta Test later this month; there are two ways to sign up to this first beta however, only 1000 players will be selected to take part in the first ever CBT for Life is Feudal: MMO.

To guarantee a spot in this Closed Beta Test, interested people can purchase a “contribution pack” which provide a range of in-game goodies once the game has been released; these packs range from $40 to $100 but are currently 33% off until January 2017. Anyone who owns Life is Feudal: Your Own can get $10 off the price on top of the current 33% discount.

The only free way to get into the CBT is registering on the official website; only 1000 players will be randomly selected for this test so there are no guarantees with this method. More game tests should come in the future however, developer Bitbox isn’t talking about them just yet.

The Closed Beta Test will begin December 14th and an open beta test is expected to be coming some time during early 2017; the game should be launched by late 2017 but an official release date hasn’t been provided just yet.

Link to the Game: https://play.lifeisfeudal.com/