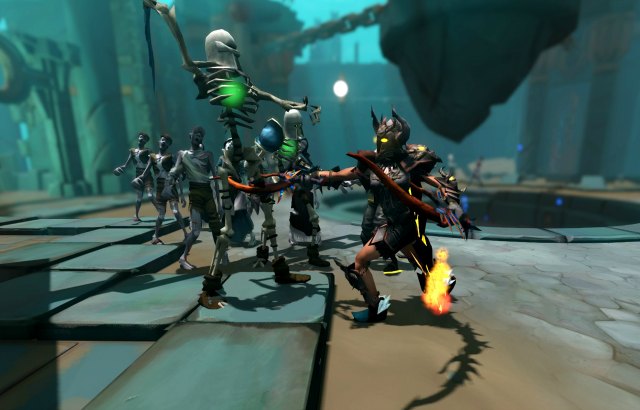 Codices, producer of the leading game show extension on Twitch, has partnered with Jagex, creator of the legendary MMORPG RuneScape, to broadcast live interactive quiz shows on the official RuneScape Twitch channels www.twitch.tv/runescape and www.twitch.tv/jagex. The first shows are scheduled to take place in late July 2019 and will allow thousands of fans to play along with RuneScape-themed quizzes for the first time.

“Since launching Quiz Kit, we’ve had 1.7million unique players and over 500 monthly active broadcasters providing streamers and brands a cost effective, hassle free way to engage and retain audiences. I’m over the moon to be able to offer our expertise and experience to a forward-thinking industry giant like Jagex.”

“Quizzes have proved extremely popular among the RuneScape and Old School RuneScape communities, with players competing to show their superior knowledge of 18 years of game history. Quiz Kit offers our audience the next generation of interactive engagement, enabling them to play along competing for kudos and prizes, levelling up the entertainment and keeping players engaged with our games.”