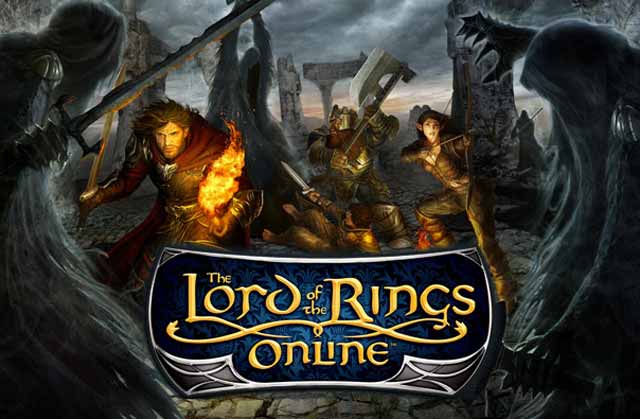 We’ve all seen the Lord of The Rings series, been entangled by the tales of The Hobbits and the rich history of Middle Earth by the one and only J.R.R. Tolkien. Thanks to Mr. Jeffrey Anderson from Turbine, Inc. we may now weave our own tale and live out our Middle Earth fantasies .

Since 2007 (to present), LOTRO has been run as an open world free-to-play game with certain player subscription benefits. However, Turbine, Inc kept it fair by allowing players to earn store point credits throughout their progress. Hence, a non-paying player may eventually benefit as such. The game was able to survive till date due to its loyal Tolkien roleplaying community of players and the desire that is to fulfil their life-long dream, that is to live in Middle Earth.

However, based on my experience I realized that LOTRO had only made a small impact on MMORPG players,as simply put as “It’s so predictable”. Yes, we all know the epic ending to the series and how it generally plays out. But the movies are literally the tip of the iceberg, or the tip of Uranus (I mean the cold planet, not what you’re thinking) itself, behind the rich and dark history of the One Ring. All the compelling drama, shocking turn-of-events and heart-breaking tragedies that befell Middle Earth were not entailed. Even the after-story or after life of Middle Earth has some juicy lore.

Why you Should Play Lotro?

(✓) Free-to-play and sales occur almost weekly with essentials for your characters.

(✓) Thousands of quest featuring kill, collect, interact, and even miscellaneous. Yes, even eating some pies, drinking a pint of ale and performing on stage while other players throw scrap or cheer for you. Role-playing is literally the heart and soul of this game.

(✓) Tons of epic steeds and items only unlockable by progressing in the game to ensure paid subscription players are not having the upper hand. (We wouldn’t want that)

(✓) Large scale battles featuring wars, 12 to 24 man raids and skirmishes that make you feel like you are living in the moment. The thrill and excitement is immense.

(✓) You’re bored and you need to beautiful sceneries for your Instagram. No kidding, some of the best sceneries in the game, were captured by players adventuring and questing. Seasonal events are the best out of all. Especially, the coming winter where earnable cosmetics make you look extra-fabulous.

“The small everyday deeds of ordinary folk that keeps darkness at bay. The act of kindness and love” – Gandalf the Grey. We all wanted to be Bilbo at some point, let’s just do it!

Powerful and ambitious, but also the most gifted of all races. Even in Tolkien’s universe, politics are just not great with humans, so let’s stick to adventuring.

“Immortal, wisest and the fairest of all Middle Earth beings” – Galadriel

Come on, none of you ever dreamt of being Legolas? Being a pretty boy and stealthily dangerous.

In addition to being the toughest of all races, they have beard goals, let’s face it.

Skin-changers, able to take a form of a beast imbued with a strong sense of righteousness, loyalty and above all, a love towards nature itself.

So what are you waiting for? Hop on the hype and carve your own Middle Earth adventures and learn the stories that may unfold.

PS: Let’s face it, we all wanted to bash in some Orcish skulls, tear down some Wargs and shine a bright light on the Trolls after witnessing Tauriel weep as Kili faded away.