Magic Gladiator Class Is Out For MU Origin 2

Magic Gladiator Class Is Out For MU Origin 2 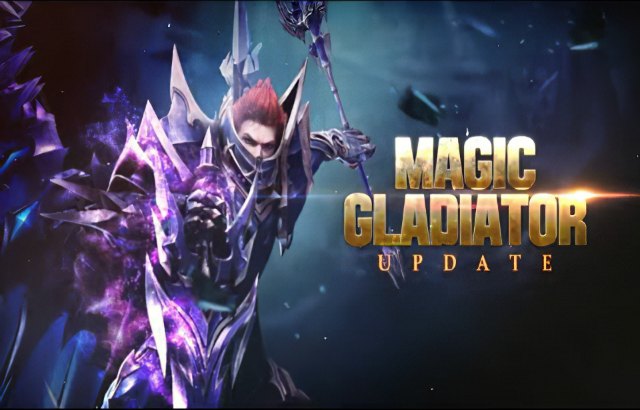 MU ORIGIN 2’s 3.1 update has plenty of new content for all players to enjoy. The main highlight of the update is the addition of the new class, Magic Gladiator. This is the fifth class in MU ORIGIN 2, which is known to be the master of swords and magic. To unlock the Magic Gladiator, players must reach at least level 120 for the previously created character in the same server. When the new class opens, it will start at level 120, and players can choose either the strength or energy gladiator. The specialty for this class is that it can equip up to two weapons on both hands. Depending on the weapon, Magic Gladiator can use up to 16 skills. Since Magic Gladiator carries two weapons with special skills, it can become stronger faster and crush enemies by dealing a lot of damage.

Additionally, more content for married couples are now available. Couple Dungeon is a new feature where two married characters can enter the dungeon to defeat bosses and receive rewards. Players can progress through dungeon floors by leveling up the wedding ring. Another newly added couple content is the Couple Skill. There are three types of Couple Skills: Beautiful Encounter, Heavy Longing, and Warm Love, which will be open to married couples who are over level 200. Married character’s couple relationship points must reach a certain level to activate and enhance skills.

Moreover, Abyss Season 11 will begin with the update. As the Abyss World opens, new content is ready for players. Abyss Castle Siege will seek out the best guild in the server. Only the top 3 guilds that has earned the most Loren Badge, which can be obtained from monsters in the Abyss field, will be eligible to participate. The winner of the Abyss Castle Siege will be rewarded special buffs and the chance to host Abyss Feast. Also, Abyss Arena will be included, where players over level 300 can compete to claim the top position in the ranking.

Along with these updates, the Skill and Mount Awakening feature await players to enhance power and skills to strengthen your character. Furthermore, additional Archangel Set Effects, expanded floors of Tower of Allegiance, new locations, costumes, mounts, items, new guardian pet, and more are included in the update. For more details on this update, the 3.1 Update Trailer is now available on the official WEBZEN YouTube channel: https://youtu.be/JbiTl5rwaD8