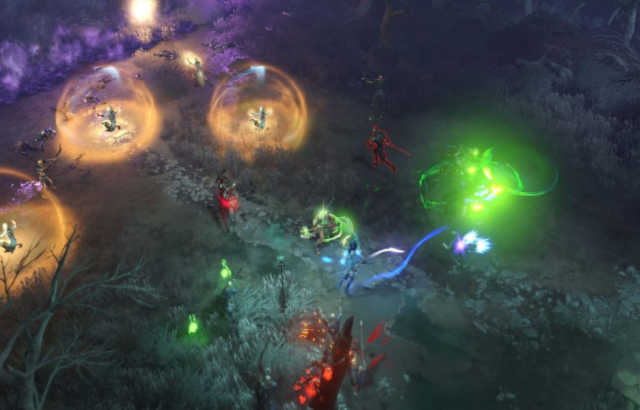 During the Epic Games Spring Showcase, it was revealed that Perfect World Entertainment and Cryptic Studios will launch the Open Beta of its ARPG Magic: Legends on the Epic Games Store this March 23. The free-to-play, persistent world, action RPG pays loving tribute to Wizards of the Coast’s celebrated strategy card game, Magic: The Gathering, and is scheduled to launch on PC and consoles in 2021.

When Magic: Legends enters Open Beta at the end of March, players can take on the role of a Planeswalker by downloading the game on the Epic Games Store (which will connect to the same PC server as Arc Games users). Those who explore the Multiverse on Epic Games will also be able to claim the Epic Planeswalker Starter Pack for free through April 6 at 9am PT. This bundle unlocks a Moorland Ranger Costume, Moorland Ranger Werewolf Summon Skin and 2 drop boosts, which increase the drop rate of rewards for 30 minutes of play in either instanced or overworld content.

To celebrate the upcoming launch of Open Beta, Magic: Legends recently released a Planeswalker Bundle for $39.99, which unlocks costume components for each of the game’s five Planeswalker classes, plus other exclusive items. For additional details, visit the game’s official blog.