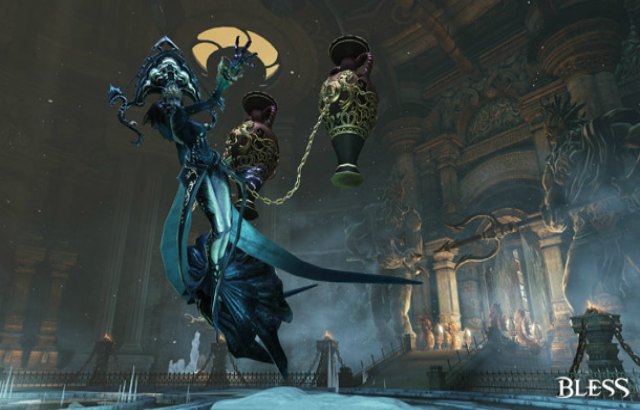 Bless Online players, get ready to fight your way through the Urdaata War Fortress. This new level 50 dungeon has a group size of a maximum of 10 players, and can be entered once per week.
Those brave enough to enter will have to battle their way past a host of deadly bosses, including Corrupted Aelia, Ikichi, and Lava Golem Maglam. For their efforts, players can be rewarded with Rings and Necklaces with useful effects, Rare or Heroic Armor and items, Enhancement materials, and more.

If they vanquish the final boss, Karata, they can receive Rings, Legendary Weapons, Rare or Heroic Armor, Magic, Rare, or Heroic Spirits, or Figures.

Along with the new dungeon, several new cosmetic items will be available, including the regal Winter Sky costume set for 2600 Lumena, and three new leopard print headband hat items for 400 Lumena each.

As Bless Online have been working to determine its update cadence and prepare new content and improvements for Bless, the community felt there has been a lull in our communications. Rest assured, more updates are in the pipeline and we are still working hard on improvements and updates for the game!

Additionally, look for a Producer’s Letter later next month; it will have some exciting details about the next update planned for Bless Online. Neowiz been listening to feedback and have some changes in the works that players will be excited about.