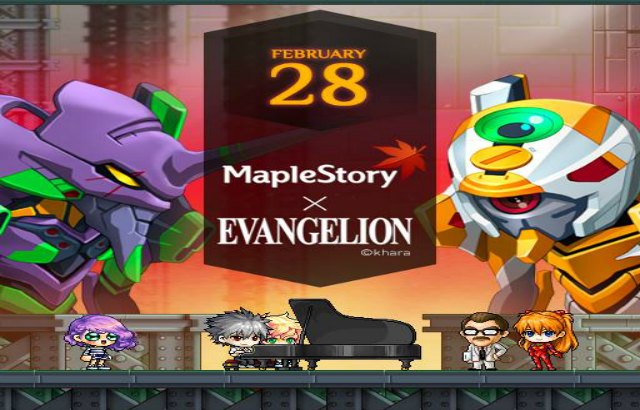 Fans of MapleStory will get an action-packed experience in the upcoming special crossover event with popular Evangelion anime movies, kicking off Feb. 28. The heroes of Evangelion have entered Maple World through an inter-dimensional rift, allowing players to interact with characters from the movies while taking part in various events and quests.

The Evangelion pilots are lost in their new surroundings in Maple World, so players are tasked with completing daily quests to help them navigate and become more familiar. Maplers can interact with Shinji, Rei and Asuka to earn EVA Coins to spend on limited-time items and must fend off waves of invasions from Angel enemies to save Maple World.

Other key features of the MapleStory X Evangelion event include: