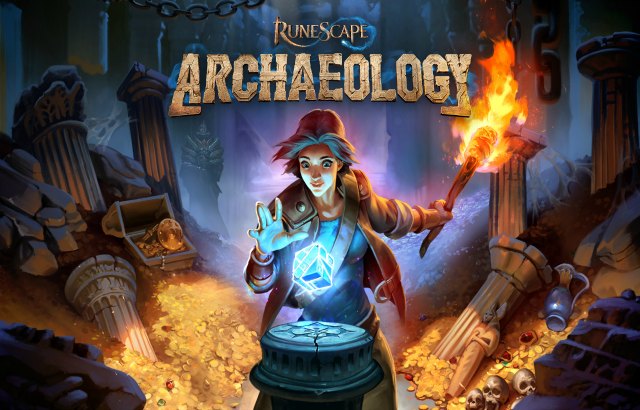 Jagex, creators and custodians of the iconic living game RuneScape, today introduces Archaeology. This powerful new skill offers a major addition for the game, introducing intricate gameplay and beginning an epic new storyline that is steeped deep in lore. Players will journey on an adventure across five massive new locations to unearth mysteries that will reveal secrets from Gielinor’s rich history. The launch of this new skill also teases the highly anticipated Elder God Wars Dungeon, which will see the titans that created the world rise up again, coming later this year.

Archaeology is the 28th skill to come to RuneScape, and the most powerful in the game’s 19-year history. Skills are a key feature in RuneScape and bring a whole new way to level your avatar. The skill is available up to level 20 for free-to-play players, giving them plenty of chance to explore the first dig site. It sees players excavate and restore artefacts using their gathering talents, while the discovery of ancient relics will unlock powerful game-wide perks. As players explore the expansive dig sites they’ll also uncover ancient training methods for new powers – Ancient Summoning and Ancient Invention.

Kharid-Et, the first dig site players will encounter, lies beneath the sand near the city of Al Kharid. Built by the followers of the powerful god Zaros, this fortress was thought to be lost during the God Wars, but hidden within its depths are lost weapons and ancient magics.

Archaeology arrives with a level cap of 120 for RuneScape members. There will be a six-month grace period where players won’t be able to use bonus experience, experience lamps of other boosts to train this skill – the race is on to be the first to grab the highly desirable Completion Capes!